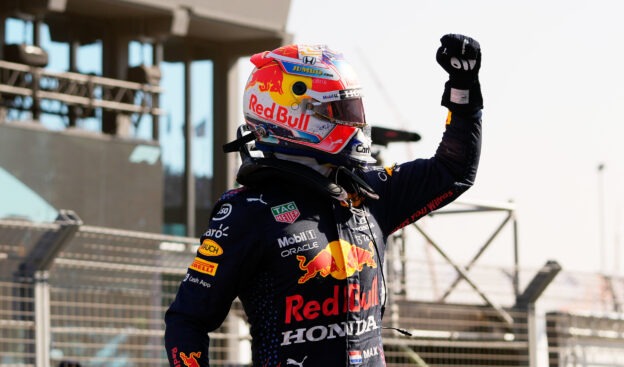 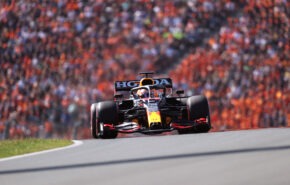 Max Verstappen scored his 10th F1 pole position of his career during the Dutch Grand Prix qualifying session today. The Red Bull Racing driver will start from P1 for the first time on Zandvoort. It was the 70th pole for his Red Bull Racing team.

Q1
Yuki Tsunoda was the first driver who clocked a lap time. The AlphaTauri driver's first qualifying lap time was a 1:11.699 min. Max Verstappen went out quite early in the Red Bull to have a banker-lap in case the session got stopped by a red flag.

With 10 minutes to go Verstappen was on P1 with a 1:10.036, followed by Lewis Hamilton in the Mercedes on only 0,147s. Fernando Alonso (Alpine), Daniel Ricciardo (McLaren) and Esteban Ocon (Alpine) were yet to go out.

Only Stroll was able to improve enough to get into Q2. Red Bull driver Sergio Perez was the victim who trade places with the Aston Martin.

Q2
Verstappen again went out early to beat the traffic and was even quicker than his lap of Q1. The Dutchman recorded the fastest lap of the weekend up till then and clocked a 1:09.071 min. Hamilton who was quite a bit slower on 0.655 sec. behind Verstappen. Even Ferrari driver Charles Leclerc and AlphaTauri driver Gasly were faster than both Mercedes drivers.

Five minutes before the end, George Russel (Williams), Stroll, Lando Norris (McLaren), Nicholas Latifi (Williams) and Tsunoda were in the drop zone. With four minutes to go, the session was red flagged when George Russell lost control of the Williams in turn 13. The British driver bounced backwards across the gravel trap and hit the tyre barrier. The Williams must be built very well, because Russell could drive back to pits without any visual damage. The session got stopped to cleanup and repair the track.

When the session restarted with 4 minutes still on the clock all cars, except Leclerc, Giovinazzi and Russell went out to improve. Latifi caused the second red flag of the session, when he too lost control of the Williams & also went backwards in the barrier of turn 8. The speed of impact was a lot higher than Russell's crash and Latifi wasn't able to continue, because the complete back of the car was demolished. The session wasn't restarted which was good news for Giovinazzi. The right front wheel nut seemed to be stuck on his Alfa Romeo preventing the team to mount fresh tyres on the car.

Q3
On his first run Verstappen drove an amazing quick lap time of 1:08.923 min. The first and only driver who got below the 1:09 min. The Red Bull driver even made a small error coming out of turn 12 when the car had a small wobble. Bottas was second on 0.299s and Hamilton 3rd on 0.345s.

In the second stint Verstappen improved his lap time a little bit to 1:08.885 and looked comfortable to score his 2 pole in a row. Pole king Hamilton got everything out of the Mercedes to try and get pole on his rivals home race but came only 0.038s short and ended up as second. 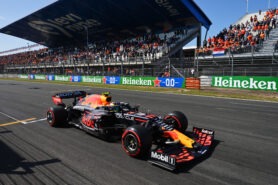 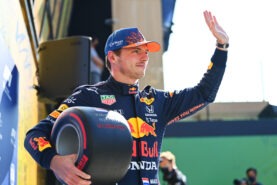