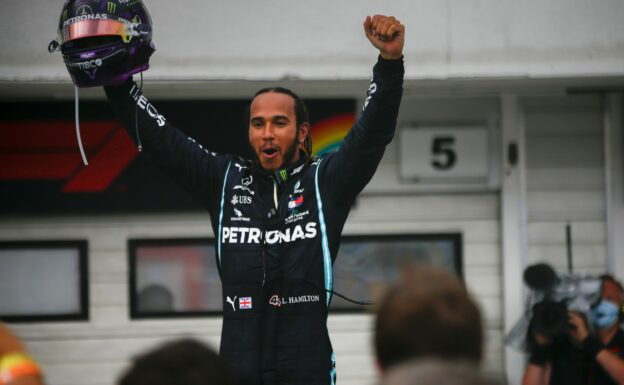 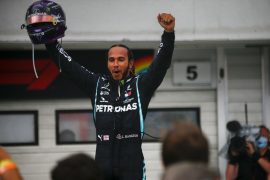 Lewis Hamilton scored his 93rd F1 pole position in the 2020 Belgian Grand Prix qualifying session today. He will start from P1 for the 6th time on Spa-Francorchamps during his F1 career tomorrow. It was the 118th pole for Mercedes.

Q1
Again both Haas drivers entered the track as first in Q1. Kevin Magnussen was in front of Romain Grosjean to drive their first stint. After the first stint it was Lewis Hamilton who topped the leaderboard in the Mercedes W11 with a 1:42.323 min.

At the end of Q1 Sebastian Vettel improved enough to get into Q2. Antonio Giovinazzi was the unlucky one that was kick out by Vettel. Four of the five eliminated cars are fitted with a Ferrari power unit.

Q2
It still was dry, but the clouds are getting darker by the minute. After the first stint we again saw Lewis Hamilton on top of the timesheet.

Hamilton, Valtteri Bottas, Max Verstappen, Lance Stroll and Sergio Perez all used the medium compound to get into Q3 and start the race on that tyre compound. Hamilton, Bottas and Verstappen were quick enough and even took P1, P2 & P3. Both Racing Point drivers Stroll and Perez didn't make it and even ended up in the elimination zone, just as Vettel, Charles Leclerc and George Russell.

In the second stint the Racing Point drivers used the faster Soft tyre and got into the top 10. They pushed out both AlphaTauri drivers Daniil Kvyat and Pierre Gasly. Also both Ferrari drivers got eliminated.

Q3
After the first stint Hamilton again was on top. Bottas was 0.5s slower and surprisingly Daniel Ricciardo was 3rd in the Renault. He was only 0.032s slower than Bottas and only 0.019s quicker than Verstappen.

With four minutes to go the drivers started the second stint to battle for pole position. Both Racing Point drivers didn't go out for a final stint and Hamilton even improved his lap time with more than 0,1s and broke the qualifying lap record.

One year ago Charles Leclerc scored pole position. The Monegasque driver then lapped the Ardenne track in a 1:42.519 min with the Ferrari SF90. 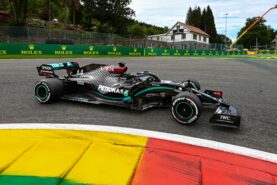 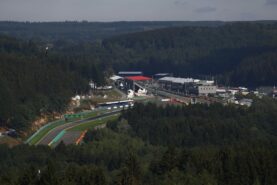