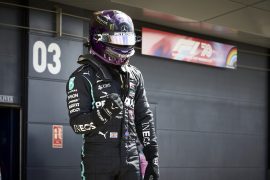 Lewis Hamilton scored his 98th F1 pole position of his career, during the 2020 Bahrain Grand Prix qualifying session today. The Mercedes driver will start from P1 for the third time in his career at Bahrain. It was the 125th pole for the Mercedes team.

Q1
George Russell was the first who drove out of the pits to kick-off Q1. After one lap he drove back to his team garage. The first who clocked a lap time was Max Verstappen. The very first lap time of the session was a 1:28.885 min. The Dutch driver had good timing as he was the only one on the track. All other drivers had a lot of traffic that compromised their lap times.

With 5 minutes to go Russell, Kimi Raikkonen, Romain Grosjean, Kevin Magnussen and Nicholas Latifi were the usual suspects to be eliminated for Q2. Russell showed his talent again by getting into Q2 with the "slow" Williams for the 9th time this season. He pushed out Antonio Giovinazzi from Alfa Romeo.

Q2
At the start of Q2 it started to get dark in Bahrain. In the first stint Carlos Sainz had a gearbox problem with his McLaren. He spun while braking for turn 1 and caused the red flag to come out. The car could not be pushed of the track by the marshals and had to be recovered by a recovery vehicle.

Almost all drivers choose to try and get into Q3 on medium tyres, to start on that compound for the race tomorrow. Only George Russell, Albon and Norris were lapping the Bahrain track on the quicker soft tyres. In the end Russell wasn't fast enough. In the end both Ferrari's didn't made it to Q3. In fact no Ferrari powered car made it to Q3.

Q3
After the first run Hamilton topped the timesheet with a 1:27.677 min. Verstappen was 2nd and Bottas 3rd. Because the ambient and the tarmac temperature dropped significantly it's much harder to improve in the second stint, but almost every driver did and Hamilton and Bottas improved there time even more. The only one who came close was Verstappen who now has the advantage of starting on the clean side of the track behind Hamilton. 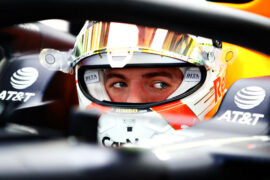 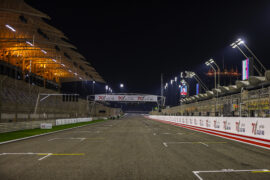