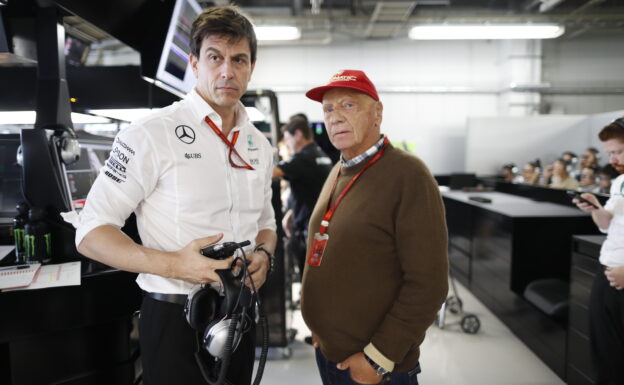 Toto Wolff has played down persistent speculation that he is first in line to succeed Chase Carey as F1's CEO.

For the first time since 2012, the Mercedes boss skipped a race - Brazil - last month amid rumours he might be planning his next career move.

Another rumour is that he could accompany Lewis Hamilton with a move to Ferrari for 2021.

"You have to recall that when Niki Lauda and I approached this adventure in 2013, we did so not only as employees but as shareholders in the team," Wolff told the Austrian broadcaster ORF.

"So the question is not just whether I take a job elsewhere, but whether I generally continue in Formula 1. At the moment I enjoy it, which is the most important thing I think. It's certainly less fun than when Niki was there, but the work continues to motivate me. As long as I believe I can contribute something, I will continue."

Ferrari CEO Louis Camilleri said last week that the Maranello team would use its veto to prevent Wolff from replacing Carey as Liberty Media's F1 boss.

Amid the rumours he is eyeing Carey's job, Wolff said: "I enjoy the stopwatch and the challenge of being exposed to the brutal truth every other weekend.

"Formula 1 is a very complex business, with sponsorship, race track contracts, television. So no, I'm having fun with team management at the moment."

As for Mercedes' overall commitment to Formula 1, Wolff thinks the German marque will continue for now.

"As an entrepreneur you think long term," he said. "So you consider whether Formula 1 will continue to develop positively. I would answer that with yes." Wolff added: "Do we have a common goal with Daimler? Also a very clear yes. Daimler and Mercedes build street cars and racing cars, that's our core business, and that's why we want to continue together."

Finally, Wolff - whose wife Susie runs a Formula E team - played down claims that F1 may one day be replaced as the top tier of motor racing.

"Formula 1 has this huge history of around 70 years and two billion spectators," he said. "Formula E has a fraction of that. I see Formula E more as an exciting start-up company, which you have to pay attention to. Formula E is establishing itself, but it will not be as big as Formula 1."

"For me it is more entertainment than sport," said Wolff. 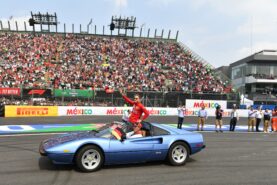