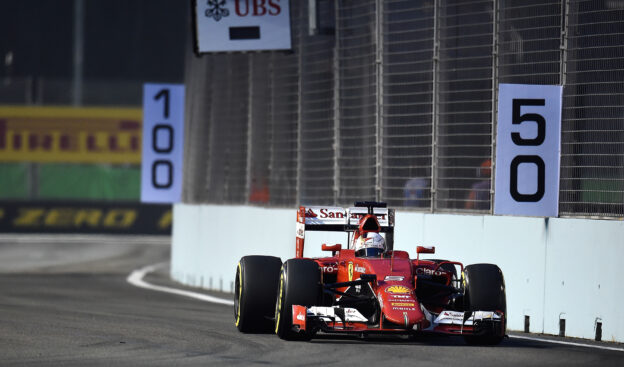 Sebastian Vettel has claimed his third win of the season at the Singapore Grand Prix, while championship leader Lewis Hamilton retired.

Hamilton suffered a mechanical failure mid-way through the race meaning that his lead over Nico Rosberg is cut to 41 points, after the German claimed fourth.

Vettel was untroubled out front though as he calmly controlled the race to win for the fourth time around Marina Bay.

The German converted his pole position into a first-lap lead, and he darted away from Ricciardo in the opening laps. He was rarely threatened and underlined his status as the best frontrunner in the business.

Mercedes looked on course for a solid afternoon, despite their lack of pace, before Nico Hulkenberg crashed into Felipe Massa and brought out the safety car.

Red Bull's Daniil Kvyat was the unlucky loser as drivers streamed into the pits as he fell from fourth to sixth, behind Hamilton and Rosberg.

However, he soon went back up to fifth as Hamilton began to slow and ultimately retired mid-way through the race.

Another safety car was called later in the race after a spectator somehow found his way onto the track, causing a long delay.

But Vettel wasn't affected as he eased to the chequered flag to put his name back into title contention. 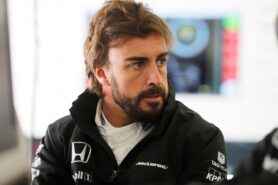 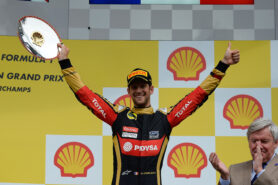