Oct.9 - Ferrari driver Sebastian Vettel has confirmed that he has bought into Aston Martin.

The German is joining the Racing Point team next year, which will re-brand itself as Aston Martin in the wake of owner Lawrence Stroll's takeover of the British carmaker.

A few days ago, Mercedes team boss Toto Wolff - who has been closely aligned with Stroll in recent times - indicated that Vettel might follow his lead by buying some shares in Aston Martin.

"First and foremost, Sebastian is a racing driver," he said. "But that doesn't mean that he might not buy a few shares as well - especially if the company is still valued low."

Vettel confirmed at the Nurburgring: "I think everyone is free to do what they want with their money.

"Aston Martin is a public company so anyone can invest in it. If you ask me if I have shares, then I will answer that I do.

"How many? That is a question that I do not want to talk about. But I believe in the project - I signed a contract with them.

"I'm looking forward to finding out what we can achieve together next year," he added. 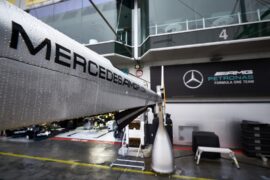 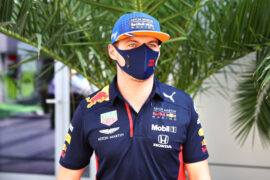