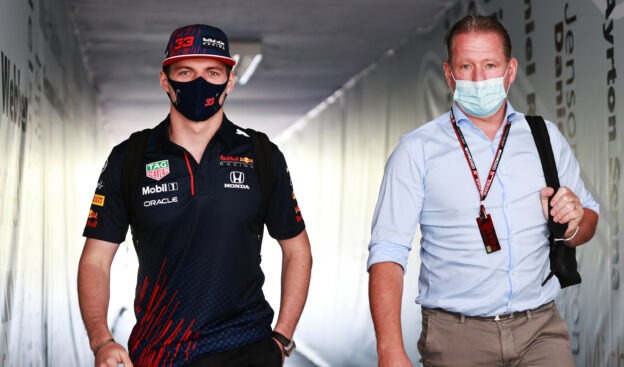 Sep.7 - Max Verstappen may have been on top of the world, but his father Jos Verstappen had to be airlifted to hospital shortly after watching the Dutch F1 GP on television.

Dutch reports say the 49-year-old former Formula 1 driver was taken to the hospital in Roermond, in the southern Netherlands, due to stomach and intestinal pain.

De Telegraaf claims he has been treated with antibiotics.

"After that, it should be fine again," Jos Verstappen confirmed.

Before that, Verstappen snr watched his son Max race to victory from pole position at their home Dutch F1 GP at Zandvoort by watching television at home.

"Jos had been having problems with his intestines for a few days," Max and Jos' manager Raymond Vermeulen told Het Laatste Nieuws.

"He watched until halfway through the race, but then couldn't walk straight anymore."

Vermeulen says Jos agreed to be checked out in hospital because he plans to travel again soon.

"A precaution," the Verstappen manager said. "He was then able to go home again. Everything is going well with Jos."

However, the Verstappen family is unlikely to be too disappointed that they couldn't celebrate the highly popular Dutch F1 GP dominance all together.

"There was not so much euphoria from Max, because the Verstappen family has only one goal - to become world champion," said former F1 tyre engineer Kees van de Grint.

"If they don't get that title by the end of the year, all of this glory and this orange party will be forgotten," he told RTL GP.

"That's why Max is so down-to-earth - he knows what a tough task lies ahead of him." 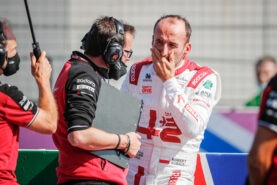 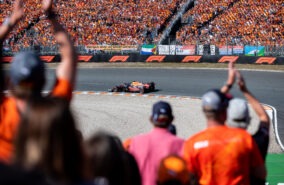