Jul.2 - Honda is pushing as hard as Red Bull to win the 2020 world championship, according to Max Verstappen.

It is a clear statement of the Dutchman's intent for the re-starting season, amid reports that Honda will debut a new specification engine in Austria this weekend.

Verstappen says he is "very happy" with Honda's progress.

"They have certainly worked hard during the winter and everything looked very solid during the test days in Barcelona," he added.

"Our top speed was also good, so I'm very happy with the work that has been done. Honda is very motivated and wants to fight for the title, just like us."

There are reports that Japan-based Honda was better placed than its European engine rivals to keep working throughout the recent shutdown period.

"There was also a shutdown for us," Honda boss Toyoharu Tanabe insists.

"The basic concept and design will be similar to the engine we brought to the Barcelona tests," he added, but he also admitted that Honda was able to improve that design "in certain small areas" before Austria.

"The new engine is more reliable and we have been able to find a little more power," Tanabe said.

Red Bull bosses Dr Helmut Marko and Christian Horner credit their Japanese partners for the promising situation the team finds itself in for 2020.

"We are under a lot of pressure and we put that on ourselves," said Marko. "Thanks to Honda we have caught up strongly, but we will only know the details on the track."

Horner added: "I have the feeling that we are as well prepared as we were in 2013.

"We're in our second year together now and the Honda people are a lot better integrated. That makes everything a lot more efficient. We are very impatient to show our work this weekend."

Finally, a cautiously confident Verstappen declared: "Mercedes is still the car to beat, but we have excellent expectations and it will not be as simple for them as in the past." 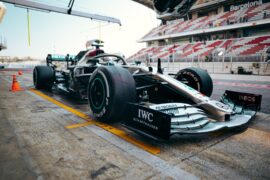 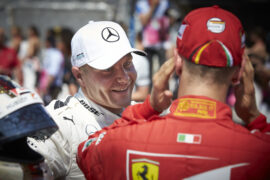