Todt: F1 should be 'careful' with political movements 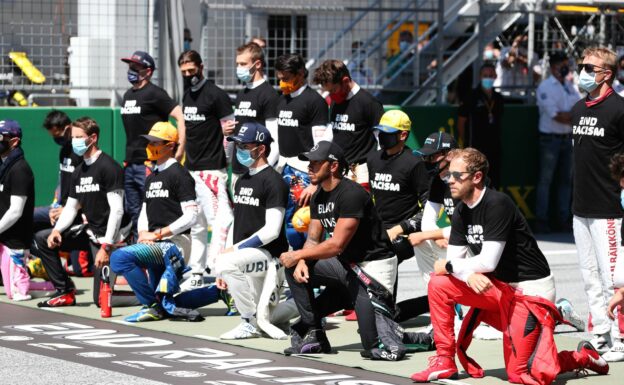 Jul.6 - Jean Todt admits Formula 1 should be "very careful" about letting the world of politics into the paddock.

As the sport got up and racing in the coronavirus era on Sunday, six of the 20 drivers chose not to follow Lewis Hamilton's lead by kneeling on the grid in support of the Black Lives Matter movement.

Among the dissenting six in Austria were stars Max Verstappen and Charles Leclerc.

"I believe that what matters are facts and behaviours in our daily life rather than formal gestures that could be seen as controversial in some countries," Ferrari's Leclerc explained on Twitter.

Red Bull driver Verstappen added: "I believe everyone has the right to express themself at a time and in a way that suits them."

But Ronald Koeman, manager of the Netherlands' national football team, hit out at drivers like Verstappen.

"I am surprised that a number of drivers did not kneel," he is quoted by De Telegraaf. "In England you see all the players do that before games. Did they not discuss it beforehand?"

But in Russia, the support for Daniil Kvyat's decision to stand was staunch.

Svetlana Zhurova, an Olympic champion in speed skating, explained: "When someone kneels before another, this is part discrimination and part humiliation.

"Russians have always been very respectful of black people - we have always had equality. We do not intuitively understand this topic," she told Sport-Express.

"For Kvyat, it was probably not at all very clear what was going on."

Igor Ermilin, former motor racing advisor to president Vladimir Putin, added: "This is an American problem - let them kneel if they so wish. But it should not be the concern of sport."

And Nikolai Valuev, a former professional boxer, told Match TV: "We (Russians) kneel for our flag, for our motherland, and possibly for our parents.

"But I do not understand this gesture as against racism. I do not consider myself a racist, but why should I kneel? It can be perceived as you being to blame for something.

"As I understand it, he (Kvyat) did not want to be among those involved in political populism."

Only Lewis Hamilton's t-shirt had 'Black Lives Matter' branding, in deference to a controversial movement that is aligned with the political far left.

FIA president Todt warned that F1 needs to be wary of political issues such as these entering the paddock.

"Sometimes there is a tendency to use it as a weapon and we have to be very careful of that," he said. "But I admire those with conviction to do as much as they can."

The issue has split F1 fans on social media, with many expressing disappointment and anger with those who chose to stand but also those who kneeled.

Former Russian F1 driver Vitaly Petrov told Tass news agency: "I believe everyone has the right to speak out. And everyone can do it in their own way.

"You can call for something to happen, but not to criticise someone who doesn't agree with your position. We should respect the opinions of others."

4 F1 Fan comments on “Todt: F1 should be 'careful' with political movements” 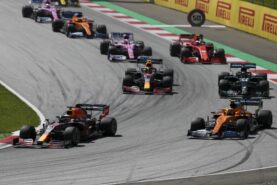 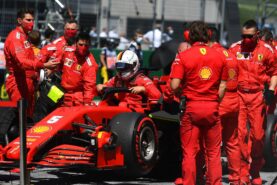 Vettel-Ferrari relationship continues to break down