Aug.4 - Sebastian Vettel insists he has not made a decision about his next move in Formula 1.

That is despite reports not only that he 'bumped elbows' with Racing Point owner Lawrence Stroll at Silverstone, but left the circuit on Sunday in team boss Otmar Szafnauer's car.

"Nothing has been decided yet," the quadruple world champion told German media.

"But I'm not going to stay just to say I'm a Formula 1 driver. If it was for money, I would have signed a contract long ago."

However, it is rumoured that Vettel has indeed signed up with Racing Point, which will become Aston Martin next year.

The rumour suggests the team wanted to announce it at Silverstone, but delayed it out of respect for Sergio Perez's positive coronavirus infection.

Szafnauer told Salzburger Nachrichten newspaper when asked about Vettel: "I don't rule anything out."

Vettel does not have a manager, but he insisted: "I have no problem getting advice."

As for Vettel's current seat, the 33-year-old had a horror weekend in his Ferrari at Silverstone, explaining: "Something is fundamentally wrong somewhere, either with me or with the car.

"On paper, both cars are pretty similar, so it can't be the setup. There is also no place over a lap where I drive badly - I'm losing over the entire lap." 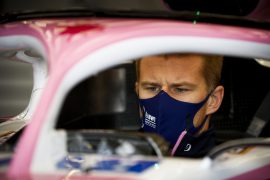 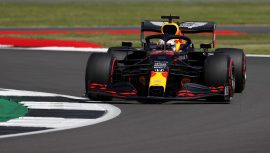 Car design dominance Newey may be over?