Aug.3 - Nico Hulkenberg is likely to get another chance this Sunday to take Racing Point's fast and controversial 'pink Mercedes' to the start line at Silverstone.

Reports suggest that because Sergio Perez needs a full ten days in isolation following his positive coronavirus test, the Silverstone based team will once again rely on Hulkenberg's last minute back-up services.

The former Renault driver was unable to start Sunday's race with an engine problem.

"Of course I'm upset," German Hulkenberg, who lost his full-time place in Formula 1 at the end of last year, told RTL.

He admits driving the fastest car of his entire career on Friday and Saturday left him sore and bruised, but he had still been determined to race.

"The neck is sore at the moment, but the adrenaline keeps me going. But throwing me into the ice bath without preparation is not easy," he said.

"Whatever happened, driving would have been important for gaining more experience with this car in the event that I do the next one," added Hulkenberg.

"We'll see what happens. But I like challenges, and this is definitely one. I will continue to prepare for it."

Reports indicate that there is still a minor chance that Mexican Perez will be able to return to the car this weekend.

But team boss Otmar Szafnauer admits that another outing for Hulkenberg is the "most likely" scenario.

"It's not yet 100 percent certain," Szafnauer told Sky Deutschland.

A decision is expected on Wednesday or Thursday, but Hulkenberg's performance at Silverstone also attracted the attention of Mercedes boss Toto Wolff.

"What he delivered on Friday was really solid," he told motorsport-total.com, "and it was also within expectations on Saturday.

"I think he put himself on the map because it was a very solid performance for someone who hasn't been in a car for nine months."

"He's a good candidate," he said. "A German driver is always an interesting idea, also for backup driver." 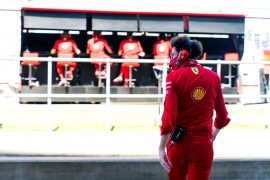 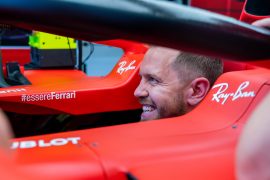