Sep.8 - Carlos Sainz says he has nothing else to prove as a top Formula 1 driver.

The Spaniard has not won a title or a race, but he came close to the latter last Sunday when he chased Pierre Gasly home at Monza.

"I didn't notice that," Sainz told AS newspaper.

"I am sure we will speak on the phone and I appreciate that."

Earlier, 26-year-old Sainz denied that he is regretting his decision to accept Ferrari's offer for 2021.

But it seems obvious that, despite the high profile move, he will actually move down the grid to a woefully uncompetitive top team next year.

Asked what he has to do to finally prove himself in Formula 1, Sainz answered: "Nothing.

"What I have to do is keep doing performances like this. The speed, all the ingredients are there, but you have to keep fighting, keep improving as a driver, keep being self-critical.

"Then, when you get a race as good as Monza, you also have to admit that it was a good day and you couldn't do more. If the victory has escaped us it is due to circumstances, but I honestly do not think about what else I have to prove.

"Ferrari signed me after all," Sainz insisted. "You don't have to do or say much more once Ferrari has their eye on you." 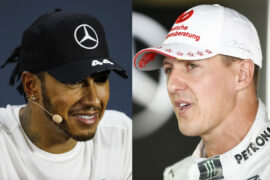 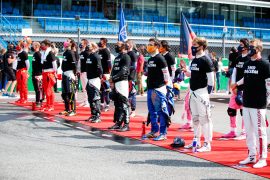 Hamilton: Kneeling absence 'not end of the world'