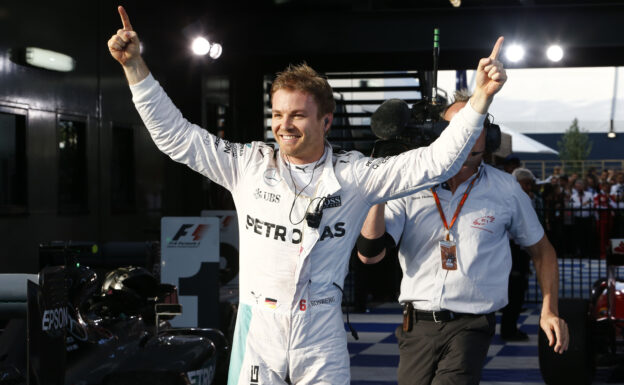 Nico Rosberg began the 2016 F1 season in fine style with victory in the Australian Grand Prix, to secure his fourth win in a row.

The German benefited from a red flag on lap 19, and a tactical error from Ferrari provided the path for him to clinch victory ahead of Lewis Hamilton and Sebastian Vettel.

Hamilton will be happy with second after a disastrous start saw him drop from first to sixth.

Vettel chased him hard in the final few laps, but he spun with two to go to allow Hamilton to sneak away.

The German made a flying start at the beginning of the race as he leapt from third to first, with Ferrari team-mate Kimi Raikkonen moving into second.

An intriguing tactical battle was due to be played out between them and the Mercedes pair, until a monstrous crash stopped the race.

Fernando Alonso collided with the back of Esteban Gutierrez, and flipped twice into the gravel trap. Both drivers are unhurt.

The red flag proved to be the difference, as Ferrari put both drivers on the super-soft tyres as opposed to Hamilton and Rosberg on mediums.

However, Mercedes made the right call as race-leader Vettel struggled to create a substantial gap.

Raikkonen dropped out of the race with a reliability issue, while Rosberg took the lead when Vettel stopped for fresh tyres.

The German dropped to third, but reeled in Hamilton in the dying laps before a late spin. 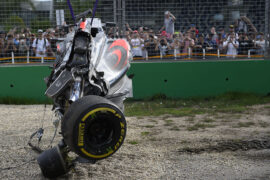 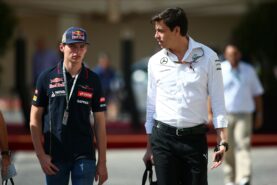 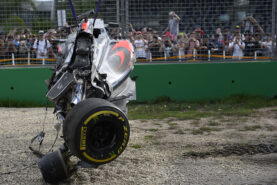