Jul.28 - Honda officials are meeting with their Red Bull counterparts this week to discuss the disappointing start to their 2020 championship campaign.

But in Austria and Hungary, Mercedes clearly dominated, and that dominance is expected to be even stronger through the fast corners at Silverstone.

Red Bull admits it has an aerodynamic problem, but team figures have also said the Honda engine is lacking power.

"As Red Bull-Honda, it is necessary for both Red Bull and Honda to share the feelings about not being in a situation to challenge Mercedes at the moment," Honda's F1 boss Masashi Yamamoto told as-web.jp.

"Therefore, we decided to hold a meeting with the leaders before Silverstone," he added.

"It is not an emergency meeting," the Japanese insisted. "We have already talked a few times over the three races, but now we will do it properly.

"I would like to discuss about the RB16, the evolution of Honda's power unit, and how we can keep fighting in the future," said Yamamoto.

He said all the well known top Honda and Red Bull officials will attend the meeting, and also "various other people depending on the content of the discussion".

"For example, if it's technical, Adrian Newey will definitely be present, and perhaps (technical director Pierre) Wache as well.

"We will do it at the Red Bull Racing factory in Milton-Keynes around July 29 or 30," Yamamoto added.

Is Turkey returning to the F1 calendar in 2020? 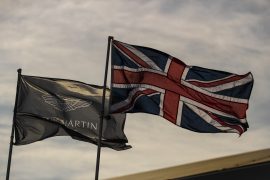