Aug.1 - Red Bull is close to extending its agreement with Formula 1 to host the annual Austrian GP.

In March, we reported that the Red Bull Ring owner was yet to decide whether to keep hosting the sport at its circuit in Spielberg beyond 2020.

"It will be decided by the end of the year or the beginning of 2020," Dr Helmut Marko said at the time.

Since then, the circuit kicked off F1's post-corona shutdown era with back-to-back 'ghost races', with that concept now setting the standard for the rest of the 2020 calendar.

The result appears to be the prospect of a new race contract for 2021 and beyond.

"We are in the final phase," Marko told Kronen Zeitung when asked about the contract negotiations.

When asked if the deal will be for three or five years, as per speculation, the Austrian official smiled: "You are not far wrong." 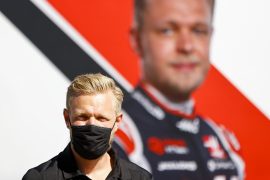