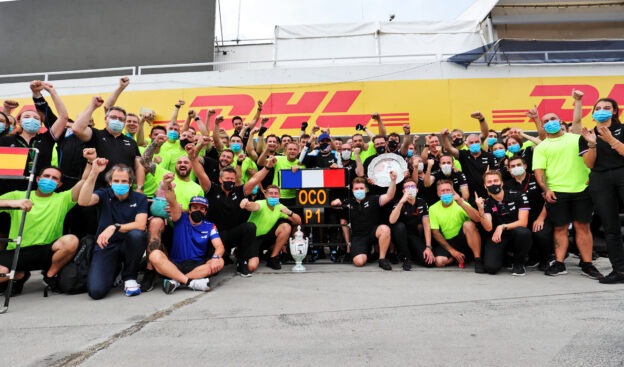 It comes hot on the heels of his new three-year contract with the Renault-owned team, and a change of chassis after notably struggling in recent races.

"I'm so happy for Esteban," Alpine team advisor Prost told Canal Plus. "He has had some very, very difficult weeks.

"But when you finally win a grand prix, you move into a different dimension. He knows that you can start eighth and win a race. Every time he starts a race now, he's going to think about that.

"It puts in him in a different status at the team level. It will stabilise everyone," the 66-year-old former quadruple world champion and Frenchman added.

Prost said one major effect of 24-year-old Ocon's win is that it will silence the doubters who thought Alpine could have signed a better driver for 2022 and beyond.

"There were a lot of small criticisms when he signed his contract for three years, so this will stabilise everyone," said the Frenchman.

"Also with Fernando, we're going to have a duo that will complement each other more and more, so it's really very positive."

Indeed, despite Fernando Alonso's reputation in some quarters for being selfish and arrogant, Prost said the newly 40-year-old played a crucial role in Ocon's win.

"Today, the symbol on one hand is Esteban's victory, and on the other the incredible self-sacrifice by Fernando and the whole team, because the last weeks were not easy."

New championship leader Lewis Hamilton may have actually won the Hungarian GP had Alonso not fought his old title nemesis so hard on track.

"Fernando gave me hell out there," Hamilton admitted afterwards. "It was awesome racing - pretty on the edge at least once but still great racing."

Even Ocon thanked the Spaniard, declaring that together they are becoming "a real shock duo".

"Everybody told me a lot of bad things about Fernando before I came but it was all wrong," he said. "I can tell you he is a fantastic guy inside the team.

"I want to say a special thanks to him, because the way he fought like a lion in that race probably contributed to giving us a bit of a breather," Ocon added.

"We have to be honest - we all had little fears when we signed him, and today he proves to us that he is doing a season with an absolutely incredible mentality. He really does whatever it takes for the team," he said.

"Of course, in the car, he knew what to do to help Esteban stay ahead, and that's pretty amazing."

As for Alpine more generally, Prost said the opportunity presented by Sunday's tumultuous race gives the Enstone based team a major boost for the future.

"When we see the pitstops - 2.3 seconds for both cars - we have hardly ever done that. We were never exceptional," he said.

"It means that when we are in front, performing, the whole team is galvanised and we do a better job. It's a truly magical day." 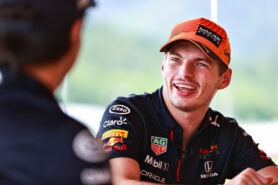 Verstappen says electric road cars are not his style 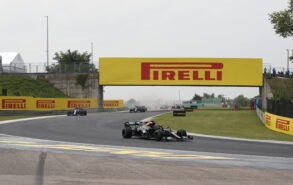