Not every F1 driver happy with new Miami track 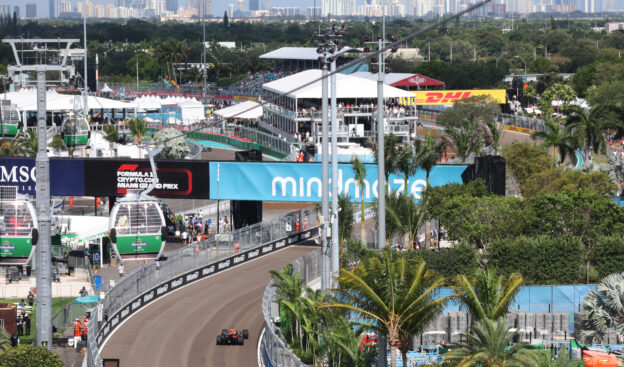 May 8 - A big buzz is surrounding Formula 1's first glitzy weekend on the streets of Miami - but not every driver is offering unlimited praise.

World champion Max Verstappen, for instance, called one slow and narrow section of the layout "Mickey Mouse" - and Lewis Hamilton also had a negative soundbite.

"It reminds me of being in a B and Q (hardware store) carpark when I was six or seven years old, in a go kart, going in between cars," said the seven time world champion.

Ferrari's Carlos Sainz is also disappointed, saying everything except the racing line "feels like driving on a wet road".

"Late braking manoeuvres are likely to be difficult," said the Spaniard. "It will be best to have completed the move before the braking point."

Red Bull's Sergio Perez added: "I'm extremely disappointed that there is no grip off-line. It feels like gravel off-line.

"It's a shame because I think the racing will be bad due to that," said the Mexican.

Esteban Ocon was furious that a minor practice spin resulted in a 51G impact with concrete - which is a load he says "no driver should have to endure".

"Carlos also went off there and when he complained to the race director about the danger there, nothing happened at all.

"It's unacceptable," said the Frenchman. "Carlos hurt his neck and I bruised my knees and all of it should be preventable."

Lance Stroll called the section of circuit "ridiculous - a joke".

Championship leader Charles Leclerc is on pole, with Verstappen enduring a difficult weekend due to a loss of practice time.

"It was a surprise for me to be fighting for pole at all," said the Dutchman.

After being dominated by Red Bull at Imola, Ferrari has taken a step forward in Miami with a new rear wing and other minor car updates.

It forced Verstappen to push over the limit.

"He had to because the Ferraris were better in the fast corners," said Dr Helmut Marko. "We are 8kph faster on the straight so that gave us a chance.

"Then Verstappen made a mistake and that was the end. Only the ideal line has grip. If you deviate from it, it's like being on ice."

"For the first time we saw speed in our car," he said. "We were able to control the bouncing.

"We didn't think the relatively small changes would then make so much difference. At least we are now becoming the absolute experts in bouncing - we can differentiate between all its various forms," the Austrian smiled.

A disappointed Hamilton declared: "I'm grateful that this time we are a little better than last time, but we still lack as much time as before.

"We are not moving forward despite an incredible effort by the team."

The next step for the German camp is a big package of upgrades for Barcelona.

"After Barcelona we have to make a decision about which way we want to go with the car next year," said Wolff. 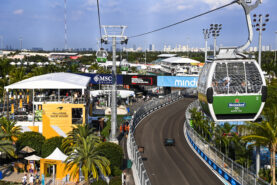 Andretti not expecting F1 answer 'for a while' 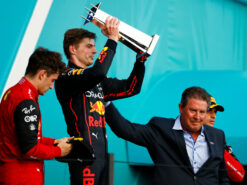