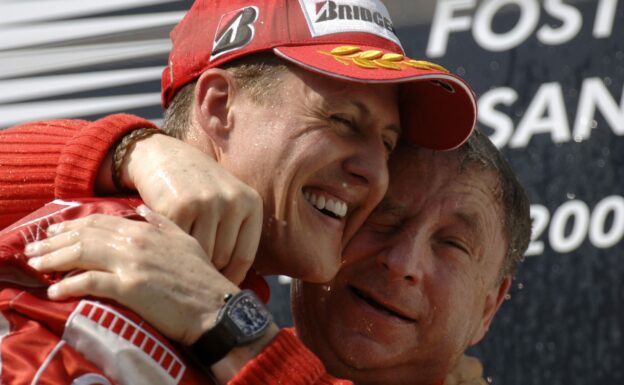 Jul.21 - Mick Schumacher on Wednesday did not accompany his family as the Haas driver's legendary father Michael was honoured in his native Germany.

Corinna, who is Mick's mother and the wife of seven time world champion Schumacher, attended the ceremony along with Mick's sister Gina-Maria and former FIA president Jean Todt.

Corinna broke down in tears amid the standing ovation as her absent 53-year-old husband was awarded the State Prize of North Rhine-Westphalia - the local jurisdiction of his birthplace.

"No one planned it to be so emotional that tears were shed by Corinna, but sometimes it's good to not always control yourself," he told Bild newspaper.

Todt, though, denied that he "misses" the great former Ferrari driver.

"I don't miss Michael. I can see him," said the 76-year-old Frenchman.

"But of course, what I miss is what we used to do together," he told the German broadcaster ntv.

However, he confirmed rumours about one thing the pair still mutually enjoy.

"Yes it's true - I watch the races with Michael," said Todt.

Along with Michael, another notable absentee on Wednesday was his son Mick. German publications reported that he had a stomach upset but that it will not prevent the 23-year-old from racing his Haas in France this weekend.

Todt said of Mick Schumacher: "I was so happy when he finished in the points in the last two races. There has been a lot of unfair pressure on him.

"What I really wish for him is the chance to drive the best car," he added. "Then he will be able to win races and titles." 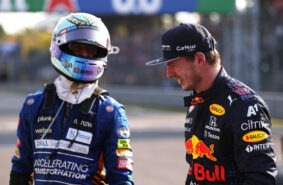 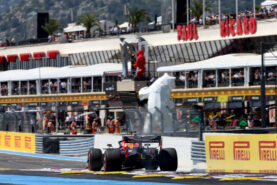