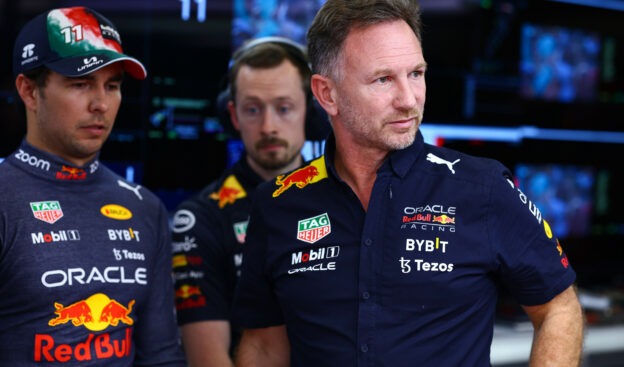 Oct.23 - Toto Wolff has mocked and slammed Christian Horner for playing the "victim" in the raging budget cap scandal.

Although penalties are yet to be set, Red Bull's 2021 budget overspend is such a hot topic in the Austin paddock that Max Verstappen was showered with chants of "cheater" at a fan event.

"This is unacceptable," Mercedes team boss Wolff said. "Nobody wants to see that, whether it happens on the podium or at an event with fans. I think everyone in Formula 1 is against this behaviour." 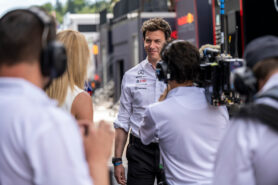 However, Horner says the "cheating" narrative has been ramped up by Red Bull's direct rivals - including McLaren supremo Zak Brown who even used that inflammatory word in his recent letter to the FIA president.

"For a fellow competitor to be accusing you of cheating, to accuse you of fraudulent activity, is shocking. We've been on trial because of public accusations since Singapore.

"And the rhetoric of cheats, in an age where mental health is prevalent, we're seeing significant issues now within our workforce. We're getting kids that are being bullied in playgrounds that are employees' children," Horner said.

"That is not right, through fictitious allegations from other teams. We're absolutely appalled at the behaviour of some of our competitors."

"I almost shed a tear," he said, sarcastically. "He is demonstrating some kind of inverted psychology," Wolff told Sky Deutschland ahead of the US GP.

"The question arises - who is the victim in this situation, again? I believe it is the nine other teams, not the one we are just discussing."

On the other hand, it appears that the bulk of Red Bull's overspend relates to items like the classification of spare parts, catering costs and even sick pay.

But former F1 driver Romain Grosjean told L'Equipe: "If Red Bull overspent, they cheated. They did not respect the rules and therefore must be punished."

Red Bull cancelled a scheduled press conference on the topic on Friday pending further talks with the FIA, and Horner said he is still hopeful the situation might be resolved in Austin.

"Should that not happen, the next process is it goes to the cost cap administration panel and then beyond that there's the international court of appeal," he said. "So, it could draw out for another six, nine months, which is not our intention."

However, he said the outcome will be fully transparent - unlike Ferrari's 'secret' arrangement with the FIA over its illegal 2019 engine.

"There's going to be no private, secret deal," said Horner. "This is very different to a previous situation."

La Gazzetta dello Sport believes the likely penalty will be a hefty fine and a 25 percent reduction in wind tunnel time for 2023. 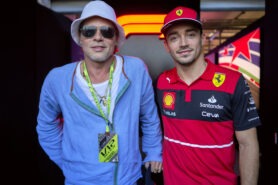 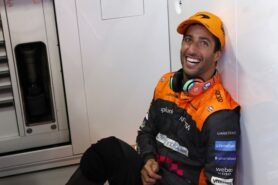 Steiner wonders why Ricciardo does not want to race next year