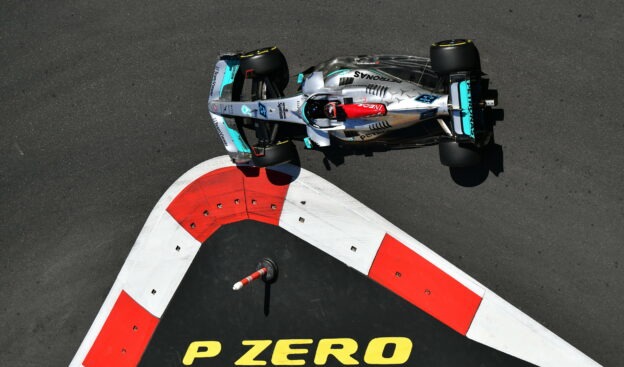 The Mercedes-AMG PETRONAS F1 Team will join AMG in marking their 55th anniversary this weekend with a number of special activities at the 2022 Belgian Grand Prix. Founded in 1967 by engineers Hans Werner Aufrecht and Erhard Melcher, AMG has continued to build on its position as one of the leading performance and sports car brands through numerous successes in motorsport and the development of unique road cars.

To honour the 55-year milestone, Lewis Hamilton and George Russell will compete at Spa with a special AMG logo featuring a 55th anniversary signet and a large vintage starting number on the W13 side pods, reminiscent of the legendary 1971 Spa 24h class winner, the 300 SEL 6.8 AMG, so-called the "Red Pig". The F1 Safety Car will also carry the anniversary signet.

A replica of the W13 with a bespoke livery featuring a mixture of the familiar star pattern and the red 300 SEL 6.8 AMG pattern on the chassis and engine cover will be on display in the Fan Zone. The Mercedes-AMG ONE, the 300 SEL 6.8 AMG and the brand new GT3 EDITION 55, a collector's item celebrating the 55th anniversary, will also take to the track later today with Lewis, George and Toto at the wheel. 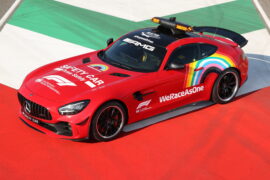 Mercedes their gesture towards Ferrari's 1000th race was a red pace car.

"AMG is synonymous with racing and high-performance", said Toto Wolff, CEO and Team Principal of the Mercedes-AMG PETRONAS F1 Team. "For 55 years they have been at the forefront of pushing what is possible on four wheels, both on the racetrack and the road. I look forward to getting out on track in the Red Pig this afternoon, an icon in motorsport history".

The latest example of the collaboration between the Mercedes-AMG F1 Team and AMG is the Mercedes AMG-ONE, a staggering feat of engineering bringing F1 hybrid drive technology from the engineers at Mercedes-AMG HPP to the road for the first time in a highly exclusive hypercar producing over 1,000 horsepower. 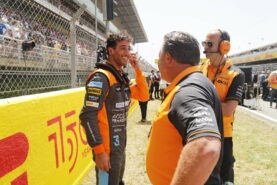 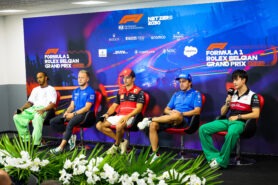