Jun.30 - Sebastian Vettel "lost faith in Ferrari", according to his first Formula 1 boss.

Red Bull's Dr Helmut Marko brought the German into the sport over a decade ago and presided over his four consecutive world championships.

Vettel, now 32, subsequently moved to Ferrari but will leave the Maranello team at the end of 2020.

When asked about Vettel and Ferrari's chances in 2020, Marko told Sport1: "You can never write them off.

Marko said he wasn't surprised when the Vettel-Ferrari split was announced.

"Not really," said the 77-year-old. "It was coming for a few months. I think he somehow lost faith in Ferrari."

Before Vettel leaves, he will need to serve in what many think is a supporting role for his younger teammate Charles Leclerc's number 1 billing.

Asked if Vettel is leaving because of that, Marko answered: "Yes, but it's not only because he (Leclerc) is such a talent.

"There is a lot of politics around Leclerc and Vettel doesn't like that. He just wants to step on the gas, win races and not waste energy with unnecessary team politics.

"I just hope Ferrari gives him the opportunity to prove his skills in his last season," he added.

Marko also said Vettel would be an "enormous loss" to Formula 1, as the German still holds the record as the youngest ever world champion.

"We want to change that now with Max (Verstappen)," he laughed. "Seriously, of course it would be an enormous loss.

"The mere rumour that he could drive next to Hamilton at Mercedes in 2021 has created an earthquake in the media. That says it all. I'm just worried that Toto Wolff won't do it.

"Then Sebastian would have to take a year off and weigh his chances for 2022. He's still young enough for that."

As for whether Vettel might return with Red Bull in 2022, Marko said: "We have contracts with Verstappen and Albon. That is the state of affairs at the moment.

"However, something can always change in Formula 1. We will know more when this season ends." 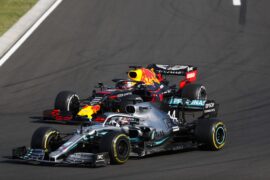 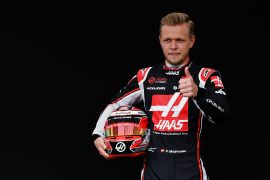