The Austrian had hoped that his charge Max Verstappen would beat Sebastian Vettel's record by becoming the youngest ever world champion this year.

Instead, Mercedes' Lewis Hamilton is on the cusp of matching Michael Schumacher's all-time victory record of 91 wins this weekend at Sochi.

"If he succeeds, I will of course go to the Mercedes box to congratulate him," Marko told Kronen Zeitung. "You have to acknowledge this achievement.

"Of course we want to prevent that, but Sochi is Mercedes country, which means we have to concentrate on third place. But even that will be difficult enough against the other Mercedes-powered cars," he added.

As for the title, Marko has been stubbornly upbeat about Red Bull's chances in recent weeks, even if Verstappen has been saying the title is lost.

But now, after back to back failures for Verstappen at Monza and Mugello, Marko admits the 80-point deficit to Hamilton is too great.

"It means: world title, goodbye!" he admitted. "You have to be realistic.

"We could have won in Mugello, but Honda believes they have found the cause of these electronic problems." 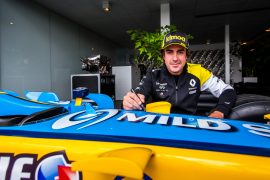 Alonso set to test Renault in 2020 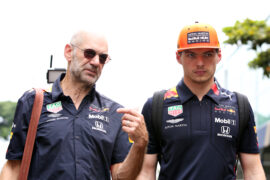