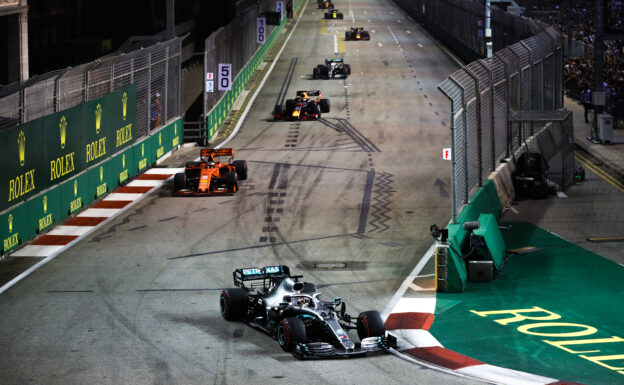 Lewis Hamilton has suggested that the Singapore circuit is a bit boring and could use a tight hairpin to liven things up,” per Motorsport.com.

Hamilton wasn’t all that pleased with the number of overtaking spots available for drivers at last weekend’s Grand Prix. And, with Charles Leclerc backing up the field to save on tires while leading early on, it left everyone off the pace and in a long line.

Hamilton told reporters that Singapore is a great place to come to but also wanted to know if they shared his sentiments on the circuit being just as boring to watch races on as the Monaco track.

"This unfortunately, it is a really beautiful place that we come to and it is such a great track, but it is worse than Monaco almost. Was it as boring as Monaco to watch that race?" he asked at the end of the race.

"Maybe we need to change the last corner so we stop in a hairpin and we have a tight hairpin to go around.

"The [current] last corner, you cannot follow and it is a sequence of five quite fast corners that come up after where you never get close. That will make it even more special this track maybe."

Lando Norris wasn’t happy with the race’s opening period either, telling Sky Sports that everyone was moving too slowly and driving at least three or four seconds off per lap.

"It was kind of nice, because I am not as tired as I could have been. But it's not racing,” Norris explained. “You know, we just sitting there doing nothing. It's just boring, doesn't look good for anyone."

Bet365 has Hamilton 7/4 to win the Russian Grand Prix this weekend as he’s favoured to beat all chasers past the line. Leclerc is at 15/8 with Skybet and Sebastian Vettel is 9/4 with Ladbrokes. F1 enthusiasts could get the scoop on new sports bookmakers in the UK at Freebets.com, who have reviews on all of the popular bookies who operate online.

Marathon Bet, Redzone and MoPlay are among a few bookies offering odds on top 10 finishing for the Russian Grand Prix. Hamilton is 7/100 with Marathon, while Leclerc and Vettel are 3/40 and 2/25 respectively. If you’re willing to place some faith in George Russell and Robert Kubica, then, by all means, take advantage of 100/1 odds on both drivers with Red Zone.

Apart from being unimpressed by the track, Hamilton also seemed like he was frustrated by Leclerc’s tactics.

"I don't really know why he drove as slow as he did,” he added. “You could say that he probably studied my race last year or what I did last year when I drove off the pace then picked up the pace and made the gap. But he never made the gap. He just kept everyone bunched up."

Leclerc was unable to outwit Vettel, however, finishing second as the German stole a victory that cost him what would have been a remarkable Grand Prix hat trick. He could make good in Russia this coming Sunday, but he will have Hamilton to focus on too. 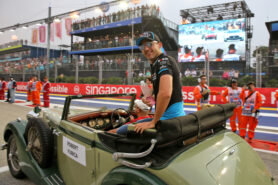 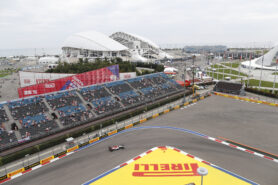