Jenson Button and McLaren have fired the opening salvo of the 2013 world championship, stunning rivals with the pace of the new MP4-28 at Jerez.

Despite a technical problem, by the end of Tuesday's action Briton Button was almost a second clear of the rest of the field, headed by Mark Webber in the new Red Bull.

"I was surprised when I saw the (laptime on the) dash," Button said, "but the time doesn't mean anything."

Perhaps not, but the competition was nonetheless impressed.

"I could have gone at Red Bull's pace, but not Button's," Felipe Massa, who was otherwise happy with Ferrari's new F138, is quoted by Auto Motor und Sport.

Red Bull's Sebastian Vettel has won the last three titles on the trot, but it was Button who won the last race of the season last November.

Australian Webber, therefore, admitted Red Bull has work to do.

"We're not having a grand prix tomorrow, thank god, so we'll work hard," he said.

"We don't know all the variables (of Button's lap), but it was definitely very, very strong," Webber added.

"But it's only winter testing," the Frenchman is quoted by Finland's MTV3 broadcaster.

Some wondered if Button had used DRS throughout the lap, but he is quoted by Italy's Autosprint: "All the teams have agreed to use DRS only on the two straights."

It was a less impressive start for Mercedes, with Nico Rosberg getting in only 14 laps before an electrical problem caused a fire.

The German therefore held back a definitive analysis of the W04, but insisted: "I can guarantee you it (the car) will be a big step forward."

Massa hailed the 2013 Ferrari by saying it is on "another planet" compared to the team's slow start last season, but at least one trackside observer was not impressed.

"It is not as catastrophic as last year," commentator Marc Surer told Speed Week, "but if you watched Massa today you could see he was having to make a lot of movement with the steering."

Grosjean was happy with his car, telling O Estado de S.Paulo Lotus has "another good car" on its hands, while Nico Hulkenberg was musing whether Sauber will - yet again - have the 'surprise' package of the season.

"Maybe it's a little early to say that," said the German, "but it was a positive day." 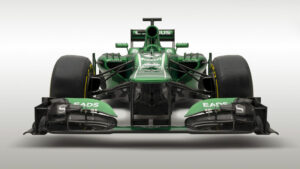 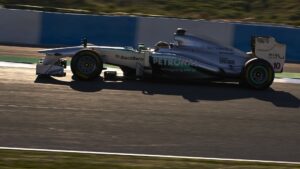