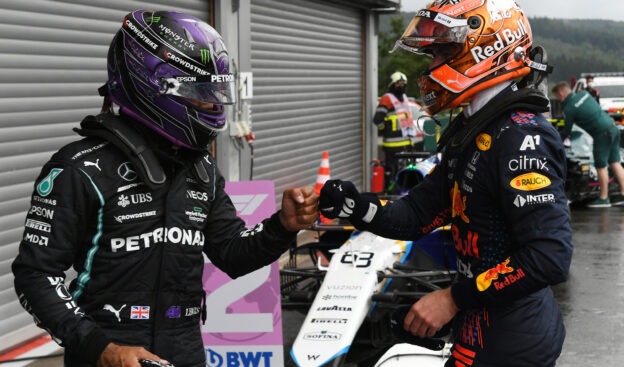 Sep.15 - Lewis Hamilton has flagged the possibility of sharing "a beer" with his 2021 championship rival Max Verstappen.

Their intense and tantalisingly close title battle came to an ugly crescendo at Monza when the pair collided, with Mercedes' Toto Wolff calling Max Verstappen's move a "tactical foul".

Red Bull's Dr Helmut Marko, however, insists the subsequent beat-up was essentially a Mercedes "show" focused also on Verstappen failing to check on his rival's well being and Hamilton's supposed light head injuries.

After the race, Hamilton travelled from Italy to New York for the prominent Met Gala event, which he attended in an extravagant outfit.

Formula 1 insiders, however, report that the 36-year-old is also consulting with a specialist after suffering from headaches and a stiff neck as a result of his helmet making contact with Verstappen's rear wheel.

"I believe this decision sets an important precedent," Hamilton said, when asked about the stewards deciding to impose a 3-position grid penalty for Verstappen at Sochi next weekend.

However, Hamilton is reportedly also showing signs of wanting to patch up his disintegrating relationship with Verstappen.

"I don't see why I couldn't have a beer with Max," he told the Dutch specialist publication Formule 1.

"Behind what we do and say, there is another dimension - the respect you have or don't have for each other," Hamilton added.

"I have always been inspired in that way by Nelson Mandela. He spent 28 years in prison but when he was released he went to have a cup of tea with the man who put him behind bars." 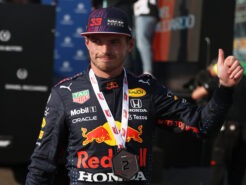 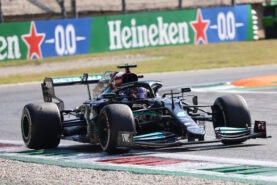