Hamilton on verge of title with Russia win 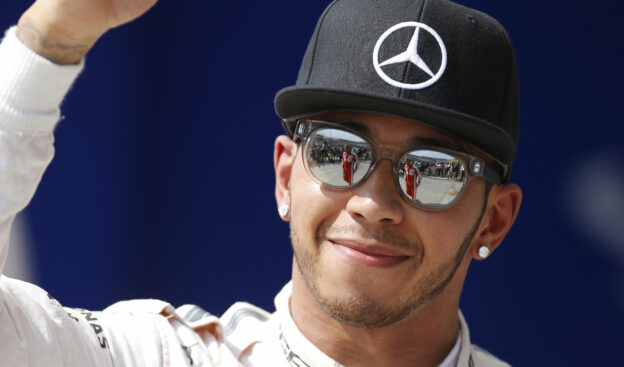 Lewis Hamilton is closing in on his third world title after victory in the Russian Grand Prix.

The Mercedes driver took full advantage of Nico Rosberg’s misfortune, as the German retired from the race early on.

From there, Hamilton as in firm control and he won by a comfortable margin from Sebastian Vettel in second and Sergio Pérez.

Hamilton could wrap up the championship in the USA in two weeks’ time.

It was a simple afternoon for the Englishman, who inherited the lead in the early stages of the race.

After a lengthy stoppage for a safety car, Rosberg encountered throttle issues and was forced into retirement.

After that, the battle for second became the most interesting as Vettel fought with Valtteri Bottas and Kimi Raikkonen.

Vettel edged out his teammate in an excellent wheel-to-wheel action, before he got past Bottas through the pit stops.

The pair chased down the Mexican late in the race when they got past Ricciardo, and Bottas nipped past Perez with one lap left.

Raikkonen also got past, and put Bottas under pressure on the final lap but his rash move saw him make contact with the Williams and spin it into the barriers.

This allowed Perez to sneak back past for third. Raikkonen ultimately finished fifth, while Bottas retired.

Romain Grosjean had a heavy crash mid-way through the race after he spun at Turn 3, but he was, fortunately, unhurt. 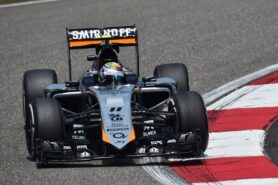