Sep.25 - Lewis Hamilton expects Formula 1 to try to stop him from repeating the kind of activism that he took onto the podium and official FIA press conference last time out at Mugello.

"I did something that has never really happened in F1 and obviously they will stop it moving forwards," said the six-time world champion at Sochi.

Hamilton wore a t-shirt that called on police involved in a fatal US shooting to be arrested. This week, that case involving Breonna Taylor has triggered riots in Louisville, Kentucky.

"I don't regret a single moment of it," Hamilton insisted.

"People talk about sport not being a place for politics. Ultimately, it's a human rights issue and in my opinion that is something we should be pushing towards.

"I don't know what they are going to do this weekend, but lots of rules have been written for me over the years and that hasn't stopped me. What I will do is continue to work with F1 and the FIA to make sure the messaging is right."

Hamilton said he is expecting guidelines about political messaging to be announced by the FIA on Friday. 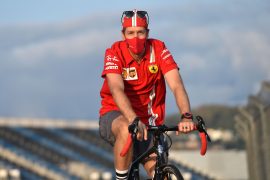 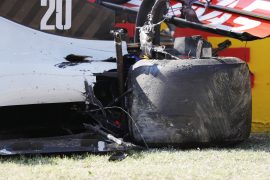