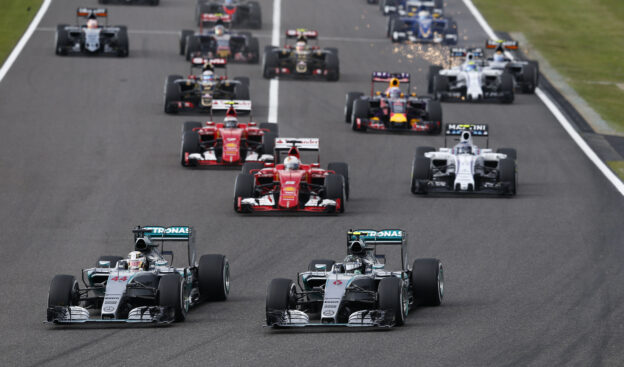 Lewis Hamilton re-emphasised his dominance over Nico Rosberg as he won the Japanese Grand Prix with ease,

The leading Mercedes driver took the lead from polesitter Rosberg at the start and went on to control a processional race to win by over 16 seconds.

Rosberg fought back from fourth to claim second, ahead of Sebastian Vettel for Ferrari.

Rosberg would have been confident of victory after yesterday's pole position but it was a familiar tale for the German who didn't start as well as Hamilton,

Th Englishman muscled his way past in turn two, while Rosberg ran wide and fell behind Vettel and Bottas.

The 30-year-old made a brave move on Bottas after the first round of pitstops, while some clever strategy from Mercedes saw him leapfrog Vettel after round two.

Daniel Ricciardo and Felipe Massa, who were both tipped to score points, collided on lap one and punctured their tyres leaving more of the midfield teams to finish in the top 10.

However, the day belonged to Hamilton who, after last week's scare, has his title plans back on track. 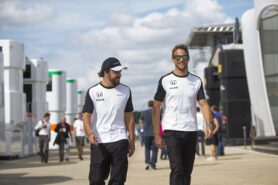 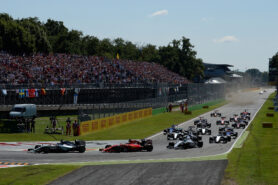