Grosjean to remain in hospital tonight

Nov. 29 - Romain Grosjean who was immediately attended to by emergency and medical crews after his horrifying crash in the first lap of the 2020 Bahrain Grand Prix earlier today will remain in hospital tonight.

The driver who miraculously self-extricated after crashing head on with the metal barrier was conscious at all times has been taken to the medical centre. After that he was being transferred to the Bahrain Defence Force (BDF) Hospital by helicopter where he has undergone further evaluation.-

At 22:35 local time today the FIA has shared that he had a medical evaluation by doctors at the Bahrain Defence Force (BDF) Hospital. The Haas F1 Team driver Romain Grosjean will remain in hospital overnight to be treated for burns sustained on the back of both hands after his opening lap incident at the Bahrain Grand Prix. All X-rays performed on Grosjean came back clear of fractures.

In the video below Romain Grosjean gives you an update on his health, right from the hospital bed.

Nov. 30 - Haas F1 Team driver Romain Grosjean is continuing his convalescence at the Bahrain Defence Force (BDF) hospital having remained there overnight following Sunday’s incident at the Bahrain Grand Prix. Treatment on the burns Grosjean sustained on the back of both his hands is going well.

Grosjean was visited by Guenther Steiner, team principal of Haas F1 Team, on Monday and it is anticipated he will be discharged from the care of the hospital on Tuesday 1st December.

One F1 fan comment on “Grosjean to remain in hospital tonight” 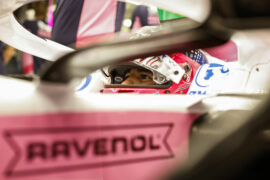 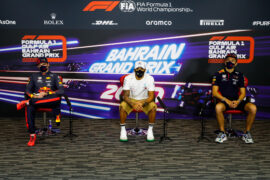