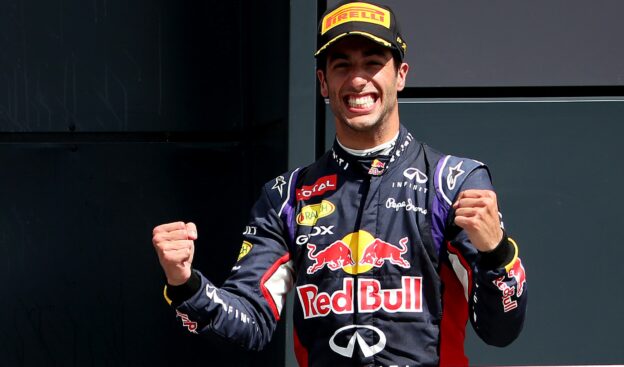 Daniel Ricciardo won his second race of the season, after a flawless drive in the wet Hungarian Grand Prix. On fresher tyres he surged past both Fernando Alonso and Lewis Hamilton in the last few laps. The Australian benefited from earlier safety car periods, which ruined the race of championship leader Nico Rosberg.

After converting his pole position into an early lead on the wet track, Rosberg drove away at over a second a lap. But a safety car, called after Marcus Ericsson crashed, came out at the wrong time. The leader had driven past the pit-lane entrance just before the safety car was announced while the drivers behind pitted for fresh tyres. By pitting a lap later, Rosberg ended up losing his lead. His recovery drive was impressive as he finished fourth, just behind Hamilton.

Hamilton, who started from the pit lane after breaking down in qualifying, was blessed by the wet weather, which made it easier to overtake on the tight Budapest track. He sliced his way past opponents and was just outside the points after the first safety car. He further benefited from the spin of Sebastian Vettel, who was lucky to not have a heavy crash in the wall. His speed advantage in the dominant Mercedes put him in contention to win the race.

But, on the drying track, Hamilton opted for a long last stint on his tyres as he tried to protect them from severe wear. This could have cost him the win as he didn't have the tyres to get past Alonso, who was on softer tyres for longer.

On the last lap, Hamilton was more concerned with the charging Rosberg, who had caught up a staggering 26 seconds in just eight laps. Earlier, while the pair were on differing strategies, Hamilton refused to let Rosberg past him, which will add to the tension within the team. Rosberg's championship lead is 11 points.

Ricciardo was also trying to go to the end on tyres, like Hamilton. But he realised that he couldn't make it and stopped early enough to put on fresh rubber. This gave him enough time to get past Hamilton and Alonso. Alonso drove a fine race to come second, under lining his brilliance again. His team-mate, Kimi Raikkonen also drove well to get sixth after starting 16th.

Williams tried a different strategy, based on tyre longevity, but both Felipe Massa and Valtteri Bottas struggled with the lack of pace. Massa held off Raikkonen to get fifth, with Bottas eighth behind Vettel.

Just an hour before the race started, a huge shower soaked the track. In the early laps, when the track was at its most wet, Ericsson, Romain Grosjean, Nico Hulkenberg and Sergio Pérez were caught out and had big accidents. Of the drivers that spun, only Vettel was lucky.

The race capped off a superb opening half to the season, as the sport now takes a four week summer break. It will reconvene in Belgium, the first of the last nine races. 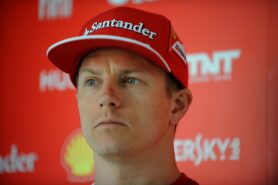 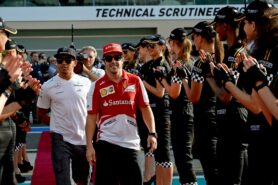