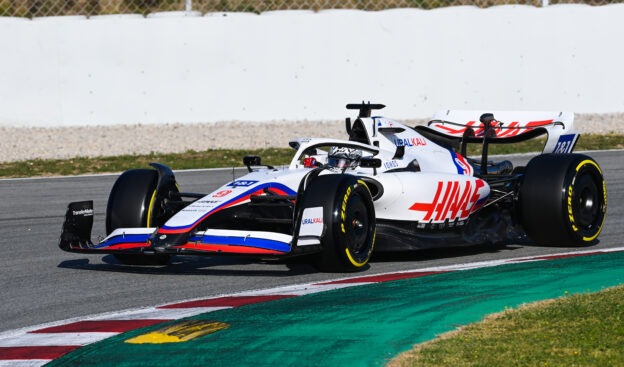 Feb.25 - While still grappling with covid-related restrictions, Formula 1 is now facing down yet another crisis - the Russia-Ukraine conflict.

World champions Max Verstappen, Sebastian Vettel and Fernando Alonso have led the way in calling for Sochi to be dumped from the calendar as a response to the Russian invasion.

Even Haas' Mick Schumacher said at the Barcelona test: "I believe Formula 1 will do the right thing."

For the final day of the opening pre-season test on Friday, Schumacher's car will be in a plain white livery instead of the Russian tricolour, with no Uralkali branding.

The German's teammate is Nikita Mazepin, whose father Dmitry is the Uralchem chief and believed to be close to Vladimir Putin - even meeting with the Russian president recently to discuss the fertiliser company and Haas sponsor.

Haas boss Gunther Steiner and Mazepin withdrew from their media commitments late on Thursday, although the Russian driver said he is a "big supporter of sport without politics".

"Formula 1 is following developments very closely, as are many others, and at this time we have no further comment on the race scheduled for September," a spokesman for the sport said.

"There is still time before Sochi in September. My wish is for all of this to stop very soon," he said.

"As teams we have a meeting tonight to understand the situation and deal with it. But I think in such a terrible situation, Formula 1 is not the most important thing."

The Russian news agency Tass reports that tickets to the 2022 Russian GP are currently not available on the official F1 site, but a source said the reason for that is covid restrictions.

Several F1 drivers, however, were openly calling for a boycott.

"When a country is at war it is not right to race there," said Red Bull's Max Verstappen.

Vettel added: "For myself, my own opinion is that I should not go and I will not go. I think it's wrong to race in that country.

"I'm sure it's something we will talk about, but as I said as the GPDA (Grand Prix Drivers' Association), we haven't come together on that yet."

Charles Leclerc said: "Of course it's sad to see something like this in 2022. Now Formula 1 has to make a decision."

And Fernando Alonso commented: "We drivers probably have an opinion that agrees with the general opinion. Unfortunately we have no power to make such a decision.

"As athletes, as Vettel said, we have to be responsible for what we do," he told the Spanish broadcaster RTVE. We have a race in Russia in September and it would not be logical for us to go there." 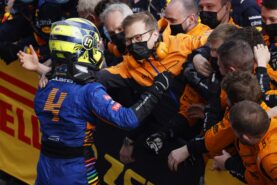 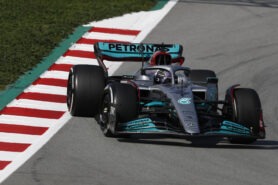