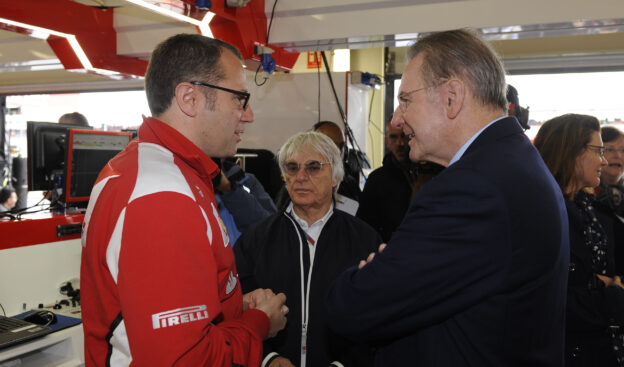 Stefano Domenicali has admitted the F1 fraternity may initially struggle to adapt to the "new noise" of 2014.

The sport is preparing to move from deafening V8 power to the comparatively-sedate turbo tones of V6 engines.

One aspect of the radical new rules is the requirement for the cars to be totally silent, relying only on electric power, whilst in the pitlane.

"We are totally against that, and it's something that is yet to be fully defined. We have to discuss that further with the FIA," Ferrari team boss Domenicali told the Spanish daily Marca.

As for the new turbo V6 formula, Domenicali said Ferrari is happy. Amid the current V8 engine development 'freeze', the Italian team has been complaining for years about the dominance of aerodynamics.

"To me, what I do not like about the F1 of today is that we only talk about aerodynamics," Domenicali said.

"If you ask the fans about the engine - how many cylinders, how much horse power - they have no idea.

"I think it is right for the future to find a balance."

"At first I think everyone will say it (the engine tone) sounds a little strange, but probably for the future it is a wise decision, especially talking about the turbo, the recoverable energy, and the less noise.

"F1, being the pinnacle of motor sport, has to be the first to go this way. Some say that in this time of crisis it would be better to wait, and that may be right, but now we have taken a road we cannot return from."

As ever in F1, however, there are many uncertainties. Red Bull's Adrian Newey said recently he fears one engine manufacturer could get the upper hand with the new V6 formula, and dominate for years and years.

That risk appears even higher given the fact that the 2014 manufacturers - Ferrari, Mercedes and Renault - are designing their V6s right now amid F1's strict testing ban.

"We're not agreeing to introduce any new test sessions that would use mule (V6-equipped) cars," said McLaren's Paddy Lowe at Spa.

"We are all afraid that by the start of the (2014) season you find out that you have a big issue with the engine and you have no time to sort it out." 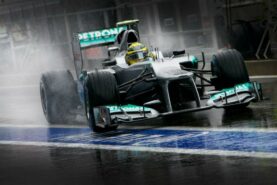 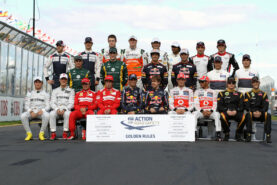 No 2013 driver announcement at Monza - Domenicali