Australian Ricciardo said he was "disgusted" with F1 for the way the official broadcast turned a serious accident into a "Hollywood" moment.

But the Renault driver's fellow Australian Alan Jones, the notoriously tough 1980 world champion, suggests that if Ricciardo is that upset about crash replays, "he should give it up".

"We've got poor old Daniel Ricciardo raving on about how insensitive and stupid it was to show the replays, but without flossing over it, it's a dangerous sport," he told Wide World of Sports.

"We all like to see a good shunt as long as nobody gets hurt. That possibility is getting less and less as the safety comes on in leaps and bounds.

"But it's still an unsafe sport - and Daniel's going on about the replays before the race restarts. If he's not aware that something like that could happen, he should give it up," Jones, 74, added.

With an almost identical opinion is another former world champion who also won his title with Williams - the always-outspoken 1997 champion Jacques Villeneuve.

"If he really thinks that way about broadcasting those images, he should start looking for another job.

"He's completely wrong anyway," Villeneuve, 49, continued. "They only showed the images when they knew Grosjean was ok.

"If Ricciardo wants to make millions and be an F1 driver, then he knows that this is part of the game."

Villeneuve has similar advice for television spectators of Formula 1 who may also be upset with the way the sport handled last Sunday's broadcast.

"No one is forced to watch Formula 1," he said. "It's a spectacle and this is part of it.

"People do want to see this, but if Ricciardo really does think that way about it, he should also turn the TV off." 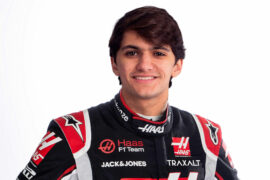 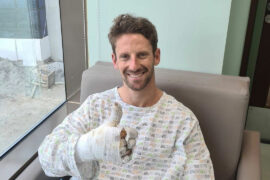