Dec.2 - Gunther Steiner has hit back at critics of Haas' decision to replace the injured Romain Grosjean with Pietro Fittipaldi this weekend in Bahrain.

Although 24-year-old Fittipaldi - the grandson of Brazilian F1 legend Emerson Fittipaldi - has tested for the team several times, he has not driven a Formula 1 car in 2020.

But team boss Steiner said the rookie had travelled to Bahrain prior to Grosjean's crash to serve as the official reserve driver.

"We don't have him as a mascot," he insisted.

"My initial concern was a case of Covid rather than an injury, but this is why I asked him to accompany us for these three weeks.

"We also have Louis Deletraz, but Pietro is in our bubble - he did all the Covid tests. Emerson was a star in his day and having his name is certainly a good thing, but that's not the main reason for having him here.

"Pietro is here because he did a good job," Steiner added.

At the same time, he acknowledges that it will be a difficult weekend for Fittipaldi in an uncompetitive car that also will not suit Bahrain's fast outer circuit layout.

"It will not be easy to have a good result with our car, especially with this route," Steiner said.

"He has done some oval tests before and maybe that will help him, and it will also help that he has been with several different teams and cars throughout his career.

"He will adapt fast and Haas will help him with that. Kevin (Magnussen) has already offered to help and answer any questions," he added. 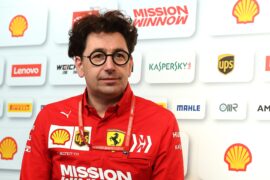 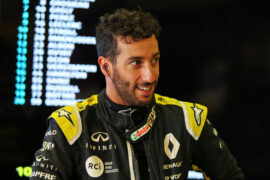