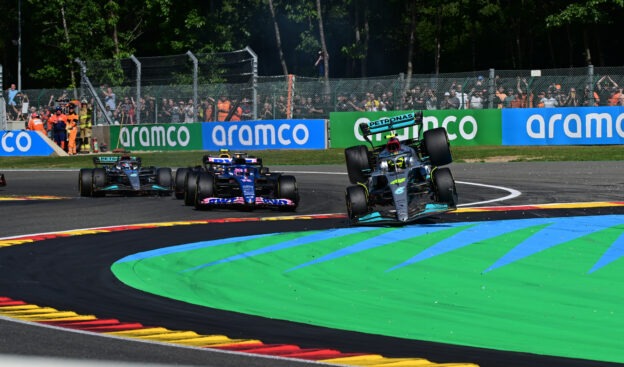 Sep.2 - Fernando Alonso and Lewis Hamilton have ended their latest on and off-track spat with a friendly get-together in the Mercedes motorhome at Zandvoort.

Alonso, who was locked in a bitter partnership with Hamilton at McLaren way back in 2007, called his former teammate an "idiot" after they crashed on lap 1 at Spa-Francorchamps less than a week ago.

"This guy only knows how to drive starting first," the Spaniard told his team, Alpine, on the radio.

He later admitted he had spoken only out of frustration and anger, but the words clearly upset Hamilton as the British driver said he would have spoken to Alonso about it "until I heard what he said".

Hamilton then uploaded to social media a personally autographed Mercedes cap 'To Fernando'.

Alonso stopped by at Spa to pick up his memorabilia and pose for a friendly photo with Hamilton.

The Alpine driver, 41, blamed the post-crash saga on the media for making it into "a huge thing".

"First of all, it's Lewis, he's a champion, he's a legend of our time," said Hamilton.

"But when you say anything against a British driver, and I'm sorry to repeat this, but there is always a huge media involvement after that.

"But anyway, yes I apologise. I didn't think about what I said, and I don't think there was much to blame after looking at the replays to be honest because we are close together and it was a first-lap incident."

As for his personal relationship with Hamilton, Alonso concluded: "I have absolutely no problems with him and I have huge respect for him."

Hamilton, 37, also moved to put the saga behind him.

"It's not a thing for me," said the seven time world champion. "It doesn't change anything, it doesn't really affect me in the slightest.

"With the cap, it was just a little fun thing. It's good to have fun sometimes with these things and I know there are a lot of young kids following me and it's important the steps I try to take in my behaviour."

Look who stopped by. 😉 pic.twitter.com/dqpvmrBjfh 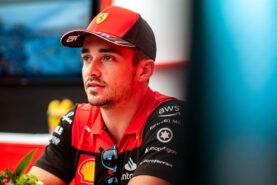 Leclerc not angry at Verstappen after last weeks tear-off incident 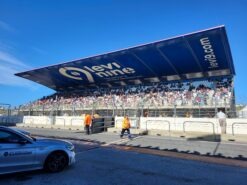