The second round of the 2021 Formula 1 World Championship season will take place at the Autodromo Enzo e Dino Ferrari, as the pinnacle of motor racing returns to iconic Imola for the 2021 Emilia Romagna Grand Prix.

Another thrilling battle between Red Bull and Mercedes could take place at Imola, and the expected fight for the World Drivers’ Championship between Max Verstappen and Lewis Hamilton might continue to amaze F1 fans.

With some rain expected for the weekend at Imola, thrilling action could be on the way for the pinnacle of motor racing.

Has Mercedes fixed its issues with the W12?

It will be interesting to see who will be on top at Imola, as Mercedes was quite strong at the track last year, with Hamilton winning the race comfortably after Verstappen's tyre blew on P2. However, Red Bull started 2021 as favourite, with the RB16B being the car to beat at Bahrain, and is again expected to fight for the win at Imola.

Hamilton and Mercedes took an unlikely win at the 2021 Bahrain GP, as the British champion edged out Verstappen and Red Bull by 0.745 seconds in the season-opening race, and another close fight could take place in the second GP of the year. Red Bull’s Sergio Pérez could also join the fight at the front, as he is coming off a solid P5 after starting from the boxes in the first race.

Can McLaren dominate the midfield again?

McLaren looked like the strongest outfit in the midfield in its first race back with the Mercedes power unit, and Lando Norris finished in fourth place at Sakhir. At Imola, Renault took a podium last season with Ricciardo, and the Australian is now at McLaren, and the French team is now named Alpine. 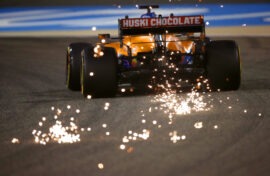 Alpine did not score points in the first race, but big aerodynamic upgrades for the A521 have been announced by the team, and Fernando Alonso and Esteban Ocon could enjoy better chances to score points.

Other midfield outfits like Ferrari and Aston Martin had contrasting outings at Bahrain, as Ferrari showed improvement, but Aston Martin struggled. While Charles Leclerc (P6) and Carlos Sainz (P8) finished in the point for the Maranello-based team, Lance Stroll finished 10th for Aston Martin as Sebastian Vettel struggled all weekend.

Yuki Tsunoda scored two points for AlphaTauri, while Pierre Gasly finished in P17 after having a promising Saturday, with P5 on qualifying. Last year, Gasly was impressive in qualifying at Imola, with a solid P4 before his car failed on Sunday.

The race will be the second Emilia Romagna Grand Prix, and the official name is Formula 1 Pirelli Gran Premio Del Made In Italy E Dell'emilia Romagna 2021. 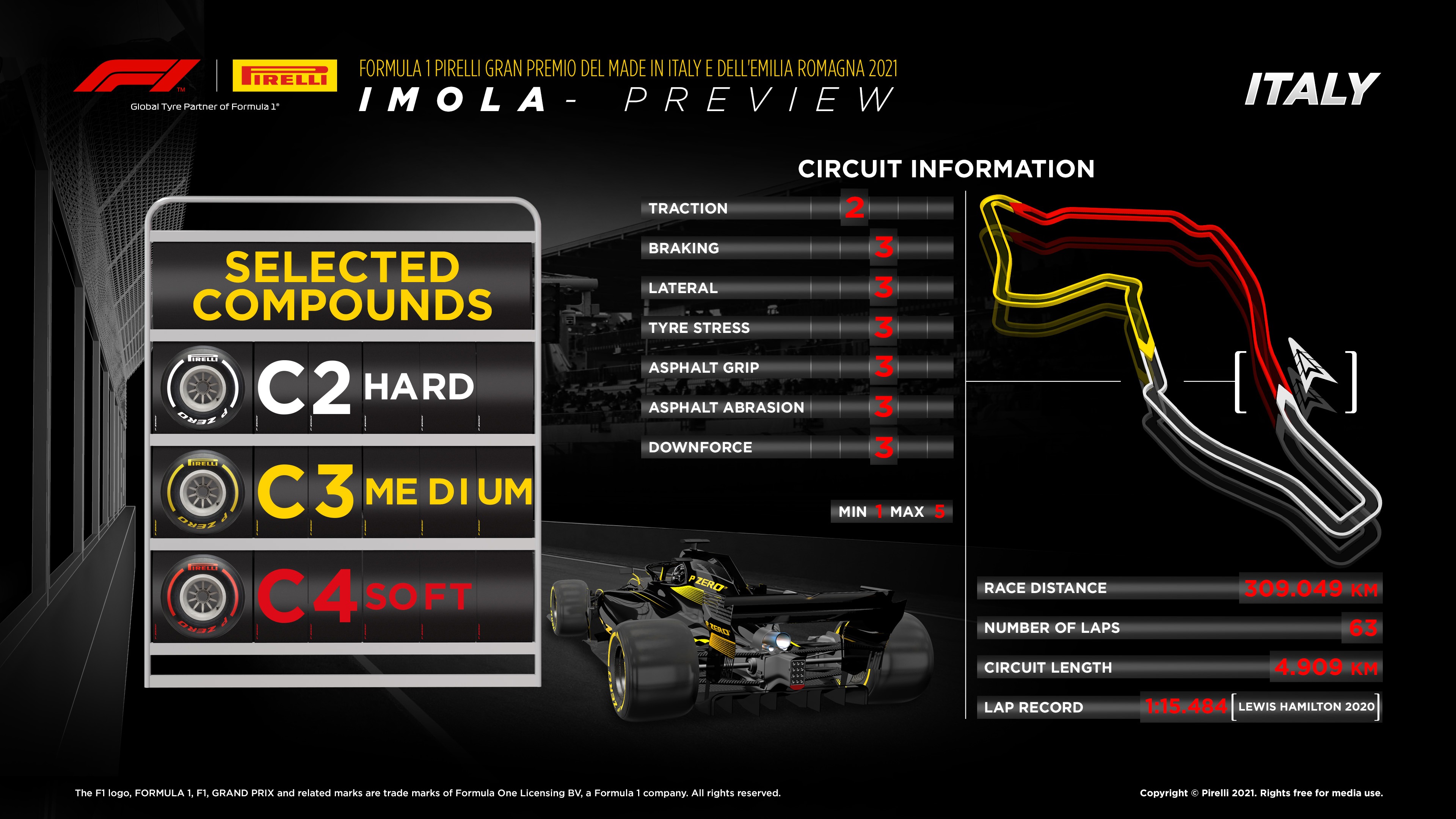 The race title is the fifth different given to a GP at Italy, after the Italian, Pescara, San Marino, and Tuscan Grands Prix. Italy ranks second among countries with the most different GP titles (the US held six GPs with different names).

In terms of races held in the same country, it will be the 101st race in Italy (71 Italian GPs, 26 San Marino GPs, the 1957 Pescara GP, the 2020 Tuscan Grand Prix, and the previous Emilia Romagna GP). No other country has celebrated more than 79 races.

The Autodromo Enzo e Dino Ferrari, near Imola, will host a Formula 1 Grand Prix for the 29th time, and the second since 2006.

The track is named after Ferrari’s founder, Enzo Ferrari, and his first son, Alfredo “Alfredino” Ferrari, who died in 1956 at 24 years of age.

The anti-clockwise track at Imola is a 4.909 km circuit with 19 corners. The course is different from the traditional layout used at Imola, as the final chicane of the past does not exist anymore and there is just a straight uniting the Rivazza corners and the Variante Tamburello.

The driver with the most wins at Imola is Michael Schumacher with seven wins (one with Benetton and six with Ferrari).

The most remembered race at Imola is the tragic 1994 San Marino Grand Prix, in which Austrian driver Roland Ratzenberger and three-time champion Ayrton Senna lost their lives after accidents.

That race caused changes in the track (the Tamburello corner was flat-out at the time) and also produced many changes regarding the safety of everyone involved in a Formula 1 event.

The last two races at Imola before falling out of the calendar in 2006 were great, both with battles between Fernando Alonso and Michael Schumacher. Alonso won for Renault ahead of Schumacher in 2005, while Schumacher returned the favor in 2006.

Hamilton also established the track record in the current layout with a 1:15.484 min lap during the 2020 race.

The dry tyres for the 2021 Emilia Romagna Grand Prix will be the C2 as P Zero White hard, C3 as P Zero Yellow Medium, and C4 as P Zero Red soft. The same nomenclature as last year, but the construction is different and the tyres’ features are different too. These tyres were also worn at the 2021 Bahrain Grand Prix. 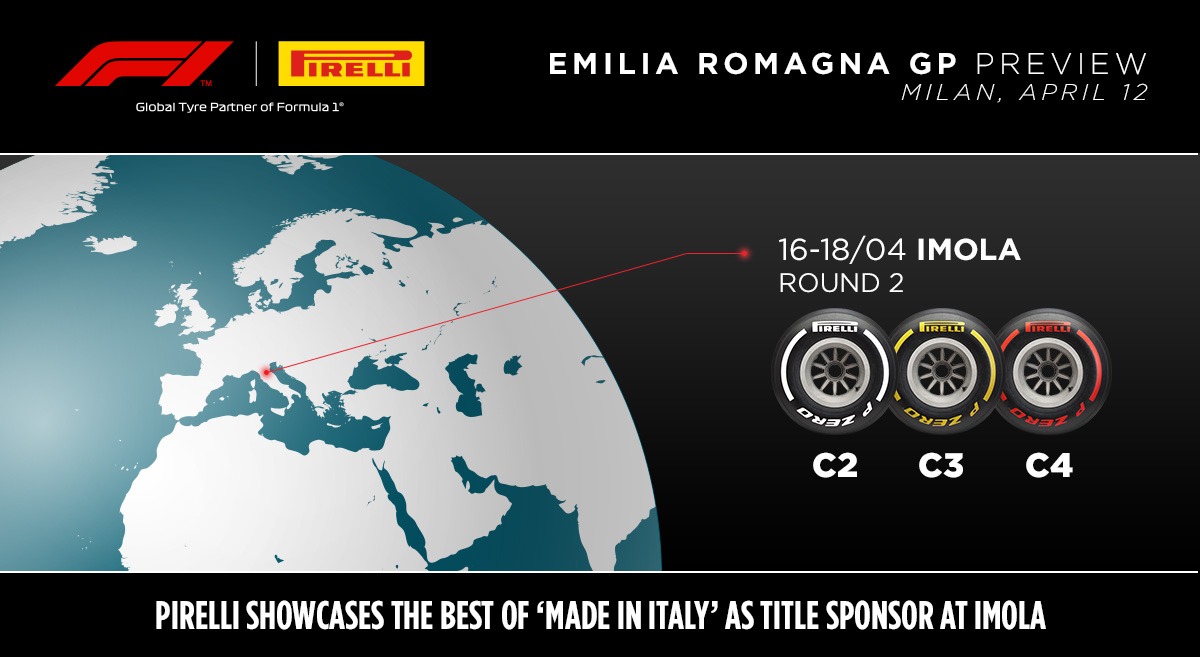 Pirelli explained their choice with a statement in a press release: “Once more, the three middle compounds in Pirelli's Formula 1 range – C2 as the P Zero White hard, C3 as P Zero Yellow medium, and C4 as P Zero Red soft – have been selected for round two at Imola in Italy: the same choice as for the Bahrain season-opener, which showcased a number of different strategies. The C2, C3 and C4 tyres have been chosen for their wide array of capabilities: well-matched to the varying characteristics of the Imola circuit and the ample range of possible weather conditions in spring, with the European season now getting underway much earlier than in recent years. ”

The tyre allocation will be two sets of hard, three sets of medium, and eight sets of soft tyres. 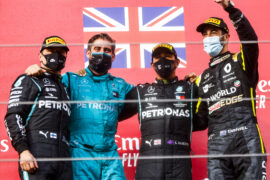 Red Bull should have pressure coming into the Imola weekend, as the 2021 Bahrain Grand Prix was their race to lose, and lose it they did. Now, Red Bull should come into the weekend looking to leave Bahrain in the past and fully take advantage of the car’s current speed.

Assuming the team remains at the top of the pecking order, Max Verstappen should impose himself against his competitors and take the second round of his particular battle with Hamilton in the WDC. Rain can make things hard for Red Bull, but that’d be a great way to see how the team can overcome adversity.

The prediction for the top three of the 2021 Emilia Romagna Grand Prix is: 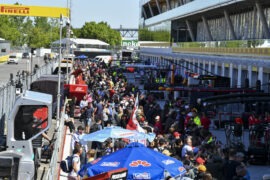 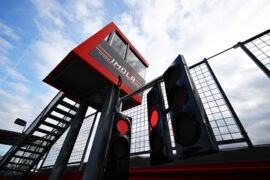