Formula 1 arrives into Italy for the third time this year. This time, the 2020 Emilia Romagna Grand Prix will be held at the Autodromo Enzo e Dino Ferrari, in Imola.

The pinnacle of motorsport returns to Imola for the first time since 2006 and the occasion —after the tragedies of the 1994 San Marino Grand Prix—, will always be emotional.

Already the 13th round of the 2020 Formula 1 World Championship season, the Emilia Romagna Grand Prix —named after the region where Imola is located— will be celebrated with a unique two-day weekend, with just one 90-minute practice session before qualifying.

Lewis Hamilton enters this weekend with a 77-point lead in the World Drivers’ Championship over his teammate Valtteri Bottas. Still, Hamilton will not be able to seal his seventh WDC this weekend, as he would need to have a 104-point gap over Bottas and Red Bull’s Max Verstappen after the race on Sunday.

Even if Hamilton wins the race with the Fastest Lap (25+1 points) and Bottas and Verstappen finish outside the points, he would have 103 more points than Bottas, not sealing the title, though it would put an end to Verstappen’s chances.

Hamilton is coming off of his record-breaking 92nd career win, but this weekend presents a new chance to match a record held by Michael Schumacher. If Hamilton wins on Sunday at the place where his idol Ayrton Senna tragically lost his life 26 years ago, he will match Schumacher’s 72 wins with Ferrari, which is the record for most wins with the same constructor.

Bottas and Verstappen can have a good shot at Hamilton this weekend, given the circumstances and the unknowns that a two-day weekend might present for drivers.

The battle behind the Black Arrows and the Bulls

Mercedes and Red Bull have the two best cars, though Red Bull is competing with only one car, as Verstappen is their primary focus. In a typical race, the two Mercedes should be positioned in the podium, with Verstappen in front, in between, or behind them. 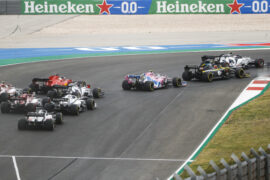 After those two teams, the battle is supremely tight and very intense, as the pendulum always swings from weekend to weekend. The fight for P3 in the World Constructors’ Championship continues to heat up, and with Ferrari beating Racing Point, McLaren, and Renault (at least with one car) at Portugal, the Italian team might be starting to claw back on their rivals. It will only be entertaining to see.

AlphaTauri has been solid this year. With Pierre Gasly achieving an excellent fifth place at Portimao last weekend, AlphaTauri is just 16 points behind Ferrari in the WCC and is way ahead of Alfa Romeo, Haas, and Williams.

Speaking of Gasly, the Frenchman will stay with AT for 2021, after rumours were positioning the Grand Prix winner with Renault next year or returning to Red Bull’s primary team.

The race will be the third in Italy in 2020. Italy will be the first country to hold three Grands Prix in the same year since the US in 1982.

The Autodromo Enzo e Dino Ferrari, near Imola, will host a Formula 1 Grand Prix for the 28th time, and the first since 2006.

The track is named after Ferrari’s founder, Enzo Ferrari, and his first son, Alfredo “Alfredino” Ferrari, who died in 1956 at 24 years of age.

The anti-clockwise track at Imola is a 4.909 km circuit with 19 corners. The course is different from the last time F1 race there, as the final chicane of that time does not exist anymore and there is just a straight uniting the Rivazza corners and the Variante Tamburello.

The driver with most wins at Imola is Michael Schumacher with seven wins (one with Benetton and six with Ferrari).

The most remembered race at Imola is the tragic 1994 San Marino Grand Prix, in which Austrian driver Roland Ratzenberger and three-time champion Ayrton Senna lost their lives after accidents.

That race caused changes in the track (the Tamburello corner was flat-out at the time) and also produced many changes regarding the safety of everyone involved in a Formula 1 event.

The last two races at Imola were great, both with battles between Fernando Alonso and Michael Schumacher. Alonso won for Renault ahead of Schumacher in 2005, while Schumacher returned the favour in 2006.

The dry tyres for the 2020 Emilia Romagna Grand Prix will be the C2 as P Zero White hard, C3 as P Zero Yellow Medium, and C4 as P Zero Red soft. 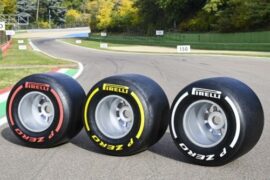 The three Pirelli tyre compounds on the Imola track

Pirelli explained their choice with a statement in a press release: “The middle tyres in the range have been chosen to suit the characteristics of Imola: a famously technical track with a wide range of different corners that tests every aspect of a car’s performance.”

The two-day weekend creates changes in the tyres too, as Pirelli will now give each driver 10 sets of tyres instead of 13.

The tyre allocation will be two sets of hard, two sets of medium, and six sets of soft tyres.

Who will be on the 2020 Emilia Romagna Grand Prix podium?

Though rain is not expected, we still might see a mixed result, given the unknowns that the two-day weekend might produce for everyone. 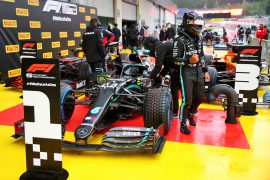 Mercedes has grabbed Pole Position in every race of the season so far (with Hamilton taking nine of 12) and is a natural favourite to do it again. Still, this might be a weekend where the German team can be under lots of pressure from Red Bull, as just a 90-minute practice session before qualifying might change the order a bit.

For the race, however, Hamilton’s magnificent race pace has to be considered, naturally, and a fight for the win is likely from the British champion even if he is not in the first row of the grid. Bottas and Verstappen must bring a challenge to Hamilton on race day to put a little pressure in the WDC.

Among other teams, it has been impossible to challenge for a win under normal circumstances. Still, a podium has been likely almost every weekend for the teams behind Mercedes and Red Bull (seven out of the 10 teams have at least one podium).

For this weekend, a mixed podium would not be a surprise.

The prediction for the top three of the 2020 Emilia Romagna Grand Prix is 1. Lewis Hamilton, 2. Charles Leclerc, 3. Sergio Pérez. 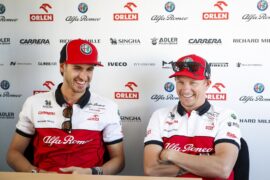 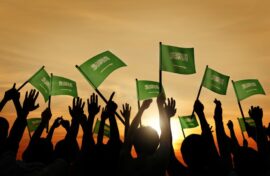