However, many in the paddock were surprised when Ferrari decided to keep the Italian on board for another season rather than replace him with Mick Schumacher.

"We certainly had thoughts in that direction," Monchaux admitted to Sky Deutschland. "But it wasn't our decision whether Mick gets a chance with us.

"In the end, Ferrari decided differently. Ferrari and Alfa certainly also had their reasons with the sponsorship. For the Alfa brand, they might prefer to have an Italian in the car."

Indeed, 27-year-old Giovinazzi admits he is still very close to Ferrari - and he visited the Maranello factory last week.

"It is obviously very important for me to continue my relationship with Ferrari and be ready to get in the car in case of need," he told La Gazzetta dello Sport.

"I feel much better prepared than I did in previous seasons. I feel myself making progress every year and yes I want to work on my less strong sides."

Alfa Romeo boss Frederic Vasseur said on Monday: "Antonio's performances in the race have to be more consistent. It's also time to take on a little more responsibility and make more decisions."

But technical chief Monchaux said sticking with Giovinazzi with 2021 is ultimately the right thing for Alfa Romeo.

"I think that now, for the short term future - this season - I have to admit that I prefer a driver I know and who knows the car. That is better than having to build someone up in order to get the maximum," he said.

"I think the teams that have changed one or two drivers, or may have even gone only for rookies, will make life more difficult for themselves than might have been necessary.

"In the medium and long term they might get the benefit from it, but for 2021, unless they have the new Charles Leclerc in their car who was already up to speed in two or three races, it will make life more difficult for them. For us, perhaps it is not so bad," Monchaux added. 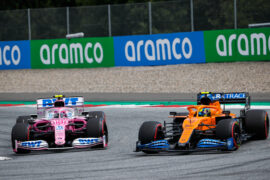 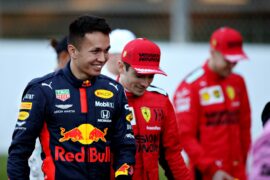