6 Things You Didn't Know About the F1 Catalunya Circuit 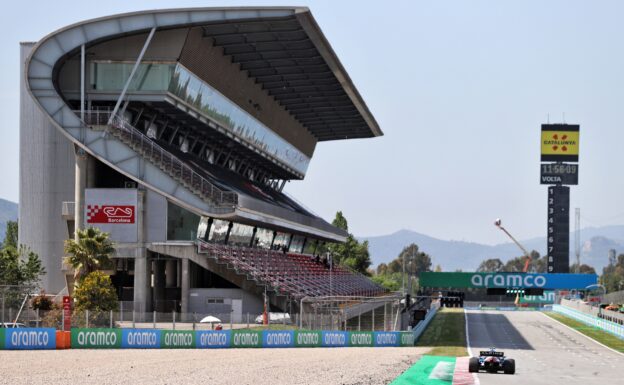 Lewis Hamilton won the Spanish Grand Prix in 2021, and it was his sixth trophy on this track. The race was an actual festival for viewers who watched it. That's because the F1 Catalunya Circuit is among the most impressive courses in the entire sport. If you'd like to learn more about it, check out these six remarkable things about this circuit!

1. It's Only the Current Venue of the Spanish Grand Prix

Let's clarify the basics first – the Catalunya Circuit is where Spanish Grand Prix is currently held. The first Spanish GP race at this venue occurred in 1991, and yearly events have been organised ever since.

The Spanish Grand Prix itself has a long history. Its roots go back to 1913, but it was a production car race under a different name. The event was branded as the Spanish GP in 1923. With almost a century of history, it has one of the longest traditions in the entire championship.

The exciting 2021 Spanish Grand Prix was held on May 9 at the Catalunya Circuit. Lewis Hamilton and Mercedes used a two-stop strategy, and it proved to be successful. The British driver ended up in front of Max Verstappen to win for the fifth consecutive time in this circuit. Hamilton set a new record as the previous one was held by Michael Schumacher (four wins from 2001 to 2004). The phenomenal British driver matched Schumacher's record for most wins at this track. They both ended first on six occasions.

As for Mercedes, this marked their seventh victory at the Catalunya Circuit. They are still a win short of Ferrari, who's at the top spot with eight wins.

3. Ten Different Winners During a Decade

Before Lewis Hamilton started its streak in 2017, no consecutive wins occurred on this track for an entire decade. Furthermore, ten different drivers picked up the trophy at this course from 2007 to 2016! 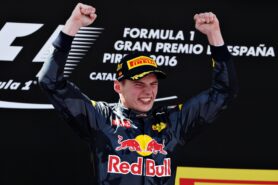 Here is a chronological list of winners during that time:

Ferrari won on three occasions during that decade, each time with a different driver.

4. Alonso Is the Only Spaniard to Have Won at the Catalunya Circuit

There have been 31 Spanish Grand Prix races held at the Catalunya Circuit so far. It only happened once that a Spaniard won at this track. It was in 2013 when Fernando Alonso was faster than all other drivers.

Another curiosity to this track is related to Venezuela. In 2012, Pastor Maldonado became the only Venezuelan driver ever to win an F1 Grand Prix. It was the first and only time Maldonado started at pole position. He used the opportunity to finish first and become a one-win wonder.

The F1 Catalunya Circuit has an impressive capacity since 140,700 spectators can enjoy watching the race. Unfortunately, the coronavirus severely affected those numbers in the last two years. In 2020, the Spanish Grand Prix occurred "behind closed doors," which means spectators didn't have access to the venue.

The local government was strict this year, too. They only allowed 1,000 spectators to come and support their favourite drivers. That's only 0.71% of the venue's capacity!

Have you ever dreamed of testing the actual track? While an authentic F1 driving experience sounds tempting, it might not be an option for everyone. That's where the F1 2021 video game comes into play.

This franchise, developed by Code masters, has been around for decades. The new instalments will be the first one published by Electronic Arts, so the expectations are high. As an integral part of this sport, Catalunya Circuit will be among those included in the game.

Although trying the Catalunya circuit in F1 2021 sounds tempting, it might lack the real feeling of the actual track. It's something like playing online roulette versus enjoying it live. Those who want to try the new game can do that from July 15, 2021. That's the official release date for all platforms.

Other Interesting Facts About the F1 Catalunya Circuit

The rich history of this venue brings some interesting information and statistics. Here are some cool facts about this circuit:

BONUS: The Track's Future Is Uncertain!

The pandemic affected everyone, and the Spanish Grand Prix wasn't an exception. It looked like the F1 authorities will erase the race from the calendar after 2020. However, the local government secured a financial injection for this year's event.

It seems that the excitement around F1 in Spain is growing again. Fernando Alonso is a part of the championship again, and Carlos Sainz is a member of Ferrari. Can that contribute to the Catalunya Circuit surviving and staying a part of the calendar? 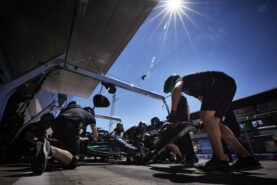 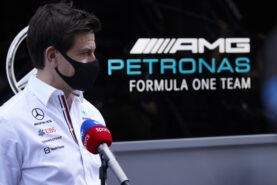