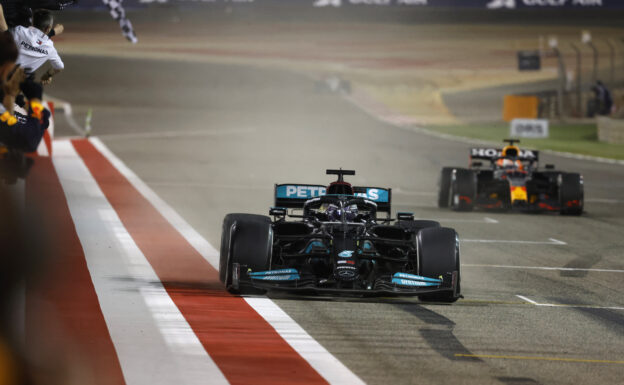 The thrilling, controversial, and competitive 2021 Bahrain Grand Prix was a stunning race to start the 2021 Formula 1 World Championship season. Ultimately, and beyond the Turn 4 controversy, Mercedes’ Lewis Hamilton won the race ahead of polesitter Max Verstappen and the strong Red Bull RB16B, which was the best car on the track in the inaugural race.

Hamilton crossed the line just 0.745 seconds ahead of the young, talented Dutchman, who tried hard to surpass Hamilton but was able to do it only after leaving the track on lap 53. After being instructed to let Hamilton through and doing so in the same lap, Verstappen was not able to try another move on the seven-time champion, who took the 96th Grand Prix win of his career.

On an interesting note, Hamilton won a Formula 1 race by less than one second over the second-placed driver for the sixth time in his career, and the first since the 2016 Abu Dhabi Grand Prix.

The first race of the season might have been only a small sample of what will come next in the 2021 motor racing season, and it can only be an interesting sight for fans and analysts.

In this article, we will take the results of the 2021 Bahrain Grand Prix and the gap between Hamilton and Verstappen and give it a different angle, far from the controversy and the heated debate some are trying to establish after the race at Sakhir.

We will give you the five most recent races that had a gap smaller than one second between the winner and the second-placed racer, including Mercedes’ triumph over Red Bull in the first race of 2021.

Without further ado, let us start.

Red Bull arrived at the first race of the 2021 Formula 1 season as the early favourites due to a seemingly solid performance in the preseason tests at the Bahrain International Circuit, the same site of the inaugural race.

Reigning champions Mercedes and Lewis Hamilton were expected to struggle against Red Bull under the lights at Bahrain, and after Verstappen’s Pole Position on Saturday, with a four-tenths gap, things looked difficult for the Black Arrows.

Still, Verstappen and Hamilton got into a thrilling, strategic, and ultimately wheel-to-wheel battle that was sealed with Hamilton taking a Formula 1 win for the 15th consecutive season. The English legend crossed the finish line 0.745 seconds ahead of the great Dutch racer.

The 2020 Italian Grand Prix at Monza was a thrilling show that will probably live in the minds of diehard Formula 1 fans forever. Pierre Gasly’s victory for AlphaTauri made a lot of people happy after the Frenchman had endured a difficult and emotional 2019 season with his chance at Red Bull and his demotion to the Toro Rosso/AlphaTauri. 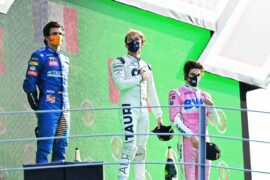 Gasly defeated McLaren’s Carlos Sainz by just 0.415 seconds in a stunning fight in the last few laps, with the faster McLaren car putting the French driver under big pressure. However, Gasly, who had started the race in 10th place, managed to take the first win for a French driver since Olivier Panis’ win in the 1996 Monaco Grand Prix.

The race gave Gasly, Sainz, Racing Point’s Lance Stroll, and others a great shot to get to the podium after a mad race. The early race-leader, Lewis Hamilton, was penalised with a 10-second Stop-Go for entering the pits when the pit lane was closed during a Safety Car period. Hamilton’s penalty gave a chance to many, and Gasly took advantage of it.

While he had an early pit stop, Gasly then took the lead after a second standing start (forced by a red flag deployed after a big crash from Ferrari’s Charles Leclerc at the Parabolica).

After his success in the 2019 Belgian Grand Prix, Charles Leclerc and his Ferrari SF90 were favourites to take a desired home win for the Scuderia at Monza. The Monegasque put his Ferrari on Pole after a weird Q3 in which all drivers were trying not to give a two to rivals and nobody could’ve started their second Q3 run in time. 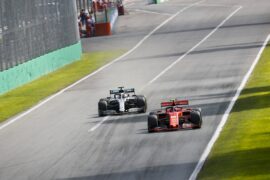 Leclerc started the 2019 Italian Grand Prix alongside Mercedes’ Lewis Hamilton and battled the British legend throughout the first part of the race and several laps after the first round of pit stops.

After defending Hamilton’s attacks, while possibly doing harsh moves against the English driver, Leclerc then had to hold Valtteri Bottas on fresher tyres in the final laps.

Leclerc was able to defeat Mercedes with a tremendous defensive drive and gave Ferrari its first win at home since the 2010 Italian Grand Prix when Fernando Alonso won the race.

The Monegasque driver crossed the line 0.835 seconds in front of Bottas’ Mercedes.

After a winless first half of the 2019 Formula 1 season for the Scuderia Ferrari, the red team started the second half of the year by taking advantage of a favorable Spa-Francorchamps, where the Ferrari SF90 was comfortable, as opposed to how the car performed in the previous race at the Hungaroring. 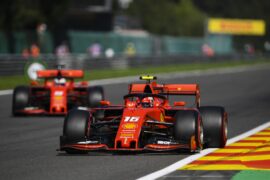 Charles Leclerc and Sebastian Vettel, Ferrari SF90 during the Belgian GP at Spa-Francorchamps on August 31, 2019

Charles Leclerc put his Ferrari on Pole Position for the third time in the year at the 2019 Belgian Grand Prix and started the race alongside his teammate Sebastian Vettel. In the race, Leclerc ran at the front with certain comfortably, until Lewis Hamilton dispatched Vettel for second place and put some pressure on the Monegasque driver.

On the closing laps, the Mercedes’ driver was cutting Leclerc’s advantage at the front and was even half a second faster in the middle, twisty sector of the Spa-Francorchamps circuit. In the final lap, Alfa Romeo’s Antonio Giovinazzi crashed in the middle sector and forced a yellow flag and Hamilton could not attack Leclerc in the final corners.

Leclerc was able to hold Hamilton’s charge off and take his first Formula 1 victory, which was also emotional, after his friend Anthoine Hubert had lost his life on Saturday during the Formula 2 race.

The 2018 Formula 1 World Championship season started with Ferrari and Sebastian Vettel controlling the first two races of the season. In Australia, the German and Ferrari took advantage of a Virtual Safety Car created by Haas’ disastrous pit stops with its two drivers to overtake Lewis Hamilton and win the season-opening race. 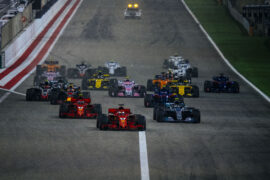 Then, Vettel led a Ferrari 1-2 in qualifying for the 2018 Bahrain Grand Prix, with teammate Kimi Raikkonen behind. However, Ferrari’s planned two-stop strategy for the race was not successful on Sunday, as Raikkonen’s second stop went horribly wrong and ended up with the Finnish champion’s car breaking the leg of mechanic Francesco Cigorini.

Vettel switched his strategy to a one-stopper and managed to hold Valtteri Bottas’ Mercedes in the final laps, taking the victory with just 0.699 seconds over the Finnish racer. 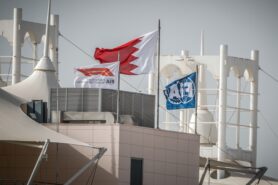 In the Pit Lane – 2021 Optimism Required 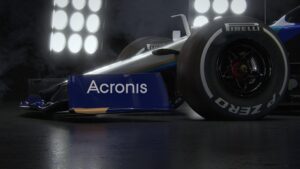 In the pitlane - Control Alt Delete