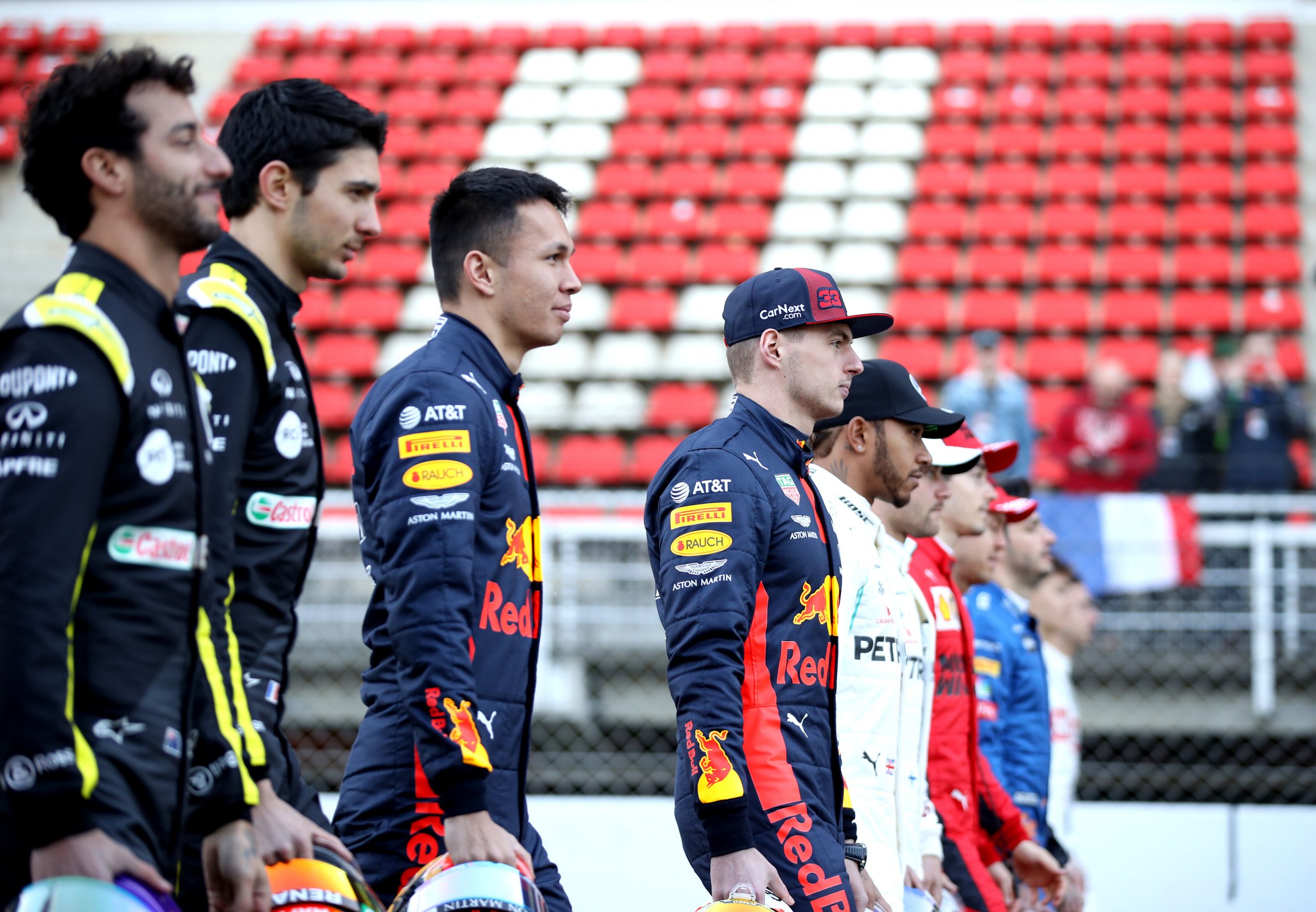 After a seven month black hole of real Formula 1 racing (note: Lando Norris in his undies at home doesn't count), you're probably a lot more than ready to start reading about soft compounds, two-stop strategies and 'party-modes'.

Well, even though we're firing those engines next weekend, there's something else we need to talk about. Why?

Rainbows in the Sky

So if you don't want to hear about why we need to talk about this explosive three-word phrase in the Formula 1 context, then please believe me - neither do I. But we have been told that we have to. There's no avoiding it, apparently. Read those rainbows and hashtags of equity, inclusiveness and diversity (and COVID-19 and climate change, mind you) and weep.

So if you're squeamish about 2020 politics, or just god damn sick of its invasion into every pore of your life and soul, then look away right now. This isn't the place for you.

Now, obviously black lives matter. And while there may be a lot of white faces in the Formula 1 paddock, those lives matter too. There, I said it - an almost unspeakable truth of 2020.

But hang on just a moment. What the hell is racist about Formula 1, you might wonder. Perhaps the most truly international sport that zips from Australia to the Middle East, Shanghai across to continental Europe, both American continents to the birthplace of Adolf Hitler, behind the old Iron Curtain to Singapore, to Putin's Russia, the Land of the Rising Sun ... is racist?!

The only seriously racist incident I can think of dates back to the 2008 pre-season, when a bunch of Spanish idiots blacked up their faces in a Barcelona grandstand to mock Fernando Alonso's new nemesis, Lewis Hamilton.

But it was condemned by absolutely everyone. No one sniggered, no one made excuses, everyone said it was horrible and had no place in any sport - especially ours.

12 years on, and what has changed? Well, a lot. And not for the better.

Look at NASCAR. At Talladega Superspeedway (known locally as Dega) in Alabama (known locally as Bama), a terribly, horribly, awfully racist hate crime took place just a few days ago. Having championed the banning from the series of the Confederate flag, and the Black Lives Matter movement on his car's livery, and the injustice of George Floyd's death with his 'I can't breathe' t-shirts, NASCAR's only black driver Bubba Wallace found himself the subject of one of the biggest mainstream stories of June:

A noose (yes, a noose) was found hanging in Bubba's garage at Dega. The dark shadow cast by pointy-hood wearing lynch-mobs was obviously still hanging over the USA.

Oh. Except it was just the rope that pulled down the garage door. Oops!

If it had just been a simple misunderstanding and a minor footnote, who really cares? But what happened before 15 (fifteen!) FBI agents solved the complex riddle of the rope that opens a garage door was the most unbelievable display of collective and performative white guilt that I think I've ever seen.

Hollywood tear-jerk music in the background, the announcer was close to tears as the huge #IStandWithBubba hashtag, resplendent in the grass, was filmed from above by a helicopter. Barely unable to contain his emotion, the presenter hailed the sport's "lone, black driver" as his racing beast was pushed by every single one of his peers - rival drivers, mechanics and everybody else - down the pitlane only for Bubba to emerge through the window and promptly break down in tears.

"A despicable act by someone, flying directly in the face of NASCAR's efforts to build a culture that is diverse, equal and welcoming..." the presenter droned on, dramatically.

To be clear: No racer had crashed and tragically died. No twin towers had been knocked over by terrorism. Oh no: Someone had been spooked by the shape of the garage door rope pull that had hung there innocently for months and months and months.

You may sense that I'm running out of patience for this stuff.

Why's that? Because lurking behind all of this theatre is a shady insinuation. You - yes, you pale-skinned people out there - have a lot to answer for.

Like Bubba, who doubled down on the racism narrative rather than celebrate that he had in fact not been the victim of a hate crime, Formula 1's "lone, black driver" Lewis Hamilton is also in the thick of it.

Honestly, it's been cringe-worthy. Shaming his rivals on social media for their "silence", even dark-skinned former racer and Indian Karun Chandhok had to come out and count himself among Hamilton's formerly silent political allies. One by one by one, the rest of the sheepish and shamed Formula 1 drivers were pulled out of their home simulators and onto their metaphorical knees.

"I've learned that just because you might not consider yourself a racist, that's not enough," said Daniel Ricciardo. "You have to speak up, you have to educate yourself and others around you. I've understood that being silent is part of the problem."

The Australian with an Italian name goes on: "I have felt, I don't know if it's guilty ... how could I have been so naive to everything that's been going on? It's good, it's positive, and I think change is really happening."

I mean, how could you argue with that? Lewis Hamilton has told us that hurling statues into rivers is uncontroversially good. Protesting amid a pandemic is definitely good. Supporting Black Lives Matter is unquestionably good.

And getting Ricciardo and his sheepish mates off their metaphorical knees and onto their real ones in Austria next weekend will be near mandatory.

Yeah. Are we all on board with this?

As I pointed out in this space a couple of weeks ago, F1 CEO Chase Carey's wife Wendy isn't necessarily on board. I didn't want to reveal that she is a Trump supporter - and I most certainly didn't want her to react by deleting her entire Twitter account. But if Hamilton and Ricciardo are allowed to tell me what they think is good, I'm allowed to tell you what I think is good.

That's only fair and equal. So this is what I think.

On its official website, Black Lives Matter says we should defund the police. That's not good - I support the police. Co-founder Patrisse Khan-Cullors admits she is a "trained Marxist". That's not good - I hate Marxism. The movement wants to "dismantle cisgender privilege" - that sounds ominous. It wants to "disrupt the Western-prescribed nuclear family structure" - how about no?

So while black lives certainly do matter, Black Lives Matter is not something I support. While I hate racism, I do not believe Marxists hold the key to the answer. In fact, I really do want to keep the keys a long way from those guys.

To Formula 1's credit, its reaction to all of this nonsense has been to dodge the words 'black lives matter' and instead add some rainbows and cuddly hashtags about unity and ending racism to the car liveries for Austria and beyond. And fair enough.

But Ross Brawn and Jean Todt coming out and saying they support everything Hamilton says about this dangerous political moment in world history is a big mistake. Why? Because I see what's happening here. Hamilton is telling us the doctrine, and penalties await those who blaspheme. Well, that's not a campaign for unity. That sounds dogmatic and cultish and totalitarian. And for that reason alone, I will never support it.

Does that preclude me from writing about Formula 1? Possibly.

So I'm just going to get it all out right here and hope for the best. No, Lewis, you are not a victim. You are a professional racing driver who is paid millions of euros every year by a company that once used millions of Jews, Slavs and other conquered peoples as slaves. You were a model for Hugo Boss - whose founder was an actual Nazi who made the actual uniforms for Hitler's actual soldiers.

And I haven't heard you say a single word about those actual atrocities.

Calm down, should I? Oh no. I want this crap out of my system and out of my sport.

As I put together the daily Formula 1 news feed that is my bread and butter, I've noticed Germany's Sport1 declare this week: "Rechtspopulist attackiert Hamilton". The right-wing populist who attacked Lewis is none other than British mainstream politician Nigel Farage, who had merely wondered on Twitter: "Will the ignorant hypocrisy ever end?"

Indeed. Does that make me a 'Rechtspopulist' too?

Now, amid a rant like this, I might actually sound like the hypocrite to be wondering if freedom of speech in Formula 1 is dead. But I feel like I have a pretty good understanding of global and ideological politics, because that's a lifelong interest of mine as well. And - until 2020 - it has always been separate to my love of Formula 1. Apples and oranges.

I just want it to stay that way.

To my readers: Speak up and do what you can to keep this crap out of the sport that used to unite those who love it. Otherwise, just like NASCAR and football, it's ready to invade your space as well.

A few days ago, just moments after the Premier League team Burley took a pre-game knee, and moments before taking on Manchester City, a plane flew across the sky trailing a banner reading 'White lives matter Burley".

Burley captain Ben Mee was then hounded by the media for an appropriate reaction. Duly compliant, he was "ashamed and embarrassed", insisting: "This is not what we're about at all".

"Hopefully these people can learn and be taught about what the whole Black Lives Matter movement is trying to achieve," he added.

No, Ben. 'Those people' will just rip up their season tickets and turn off the TV. And Formula 1? You're next. 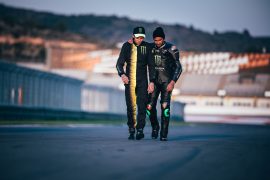 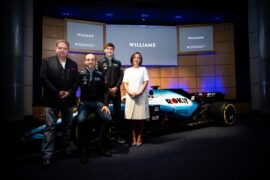